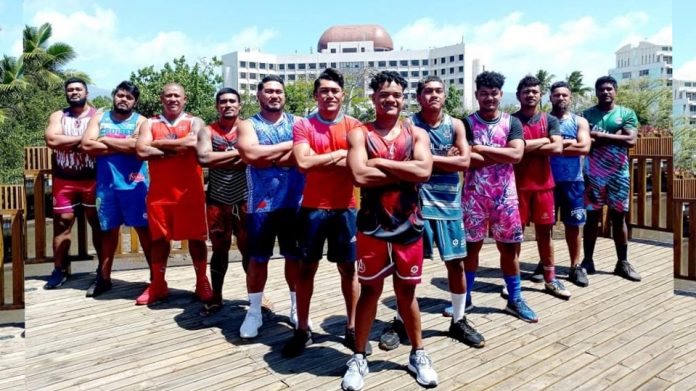 In anticipation for a larger competition next year where close to 20 overseas clubs have pledged to participate, Samoa Tag will apply a playoff format to the men’s competition that sees a preliminary semifinal before the major semis.

The twelve men’s sides have been placed into two pools;

For Day 1 – all teams get to play five pool matches. The mens comp is set for 10 minute halves while the women will play 7 minuet halves.

For Day 2 in the men’s competition under the new format – the top 4 teams from each pool will advance to the quarterfinals.

The top two teams from each pool (A1 face B2, A2 face B1) will play each other in the quarterfinals – with the winner advancing to the semifinal, while the loser gets another life in a preliminary semifinal the round.

The 3rd and 4th placed teams will play each other in the quarterfinals, with the winner advancing to play in the preliminary semifinal while the loser opts out of cup contention. (A3 plays B4 and A4 plays B3).

“This is the format recognised by AusTag as well as the NRL,” said Tournament Director, Sharay Aiafi. “If we use this format this year, it will allow the management and players to get used to the international rules applied at next years event.”

The women will play a round robin for the five teams registered. All teams will meet at 7am on Friday morning for the parade, before the action kicks off at Apia Park.