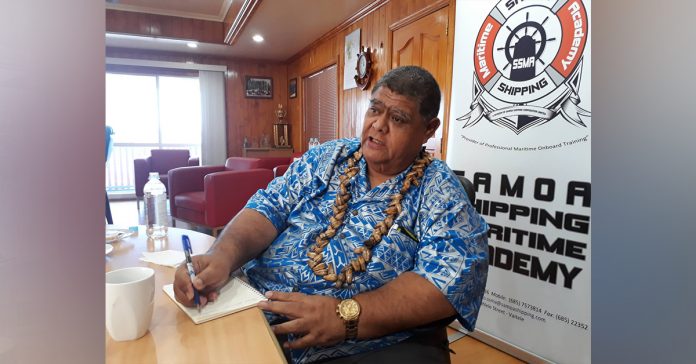 MV Lady Naomi that services the route between Apia and Pago Pago will have a replacement come next year.

This was confirmed by the Acting Chairman of the Samoa Shipping Corporation (SSC) Palea Vaalele Faaolotoi in his interview with Samoa Global News.

General Manager of the Samoa Shipping Corporation Papalii Willie Nansen had announced last year that a proposal was in place for a new ferry to replace MV Lady Naomi that had been serving the route between the two Samoas over the past 20 years.

This morning, Palea says everything has already been finalised and the new ferry is scheduled to arrive next year.

The Acting Chairman also revealed that plans are in place for another inter-island ferry to cover the overload of travel between Upolu and Savaii.

He said that SSC Is looking into a ferry with a capacity of 600 passengers and 67 vehicles which he says will solve overcrowding experienced during every special holiday when the public are trying to get home to Savaii.

But he added that the replacement for MV Lady Naomi would be prioritised.