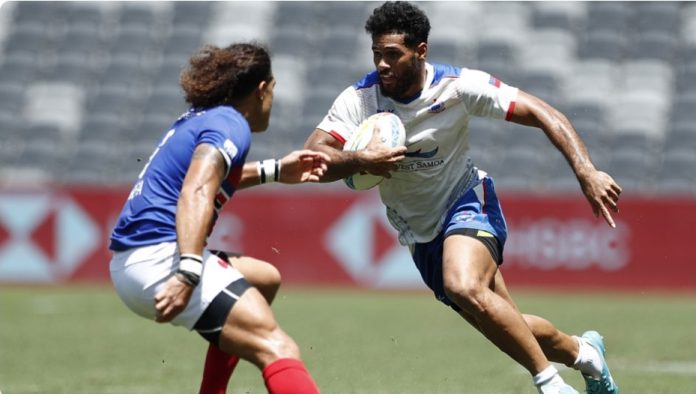 Their lead quickly became 12-0 after France’s Tavite Veredamu out muscled Samoan Tomasi Alosio to turn the ball over and set up a second French try.

With a minute left in the first half Samoa showed tremendous defence and it payed off when Laaloi Leilua turned the ball over and ran 60 meters for Samoa’s first try.

Samoa came out of the break firing on all cylinders with Johnny Vaili showing some footwork and strength to cut the French lead in half.

Stui’s best friend Joe Perez chased down a runaway French to save a sure a try before Johnny Vaili got back to earn Samoa a holding penalty and sent a France’s Veredamu off the field with a Red card for being deliberately offside.

With France down to six men youngster Tuna Tuitama tied the game to 17-17.

All 173 Frontline Workers Have Tested Negative for COVID-19

Press Release - November 29, 2020
We wish to again inform all passengers from the flight of the 13th November 2020 from New Zealand that your quarantine period has been...