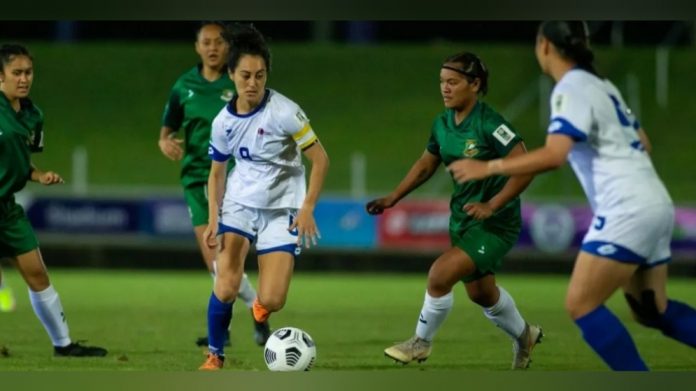 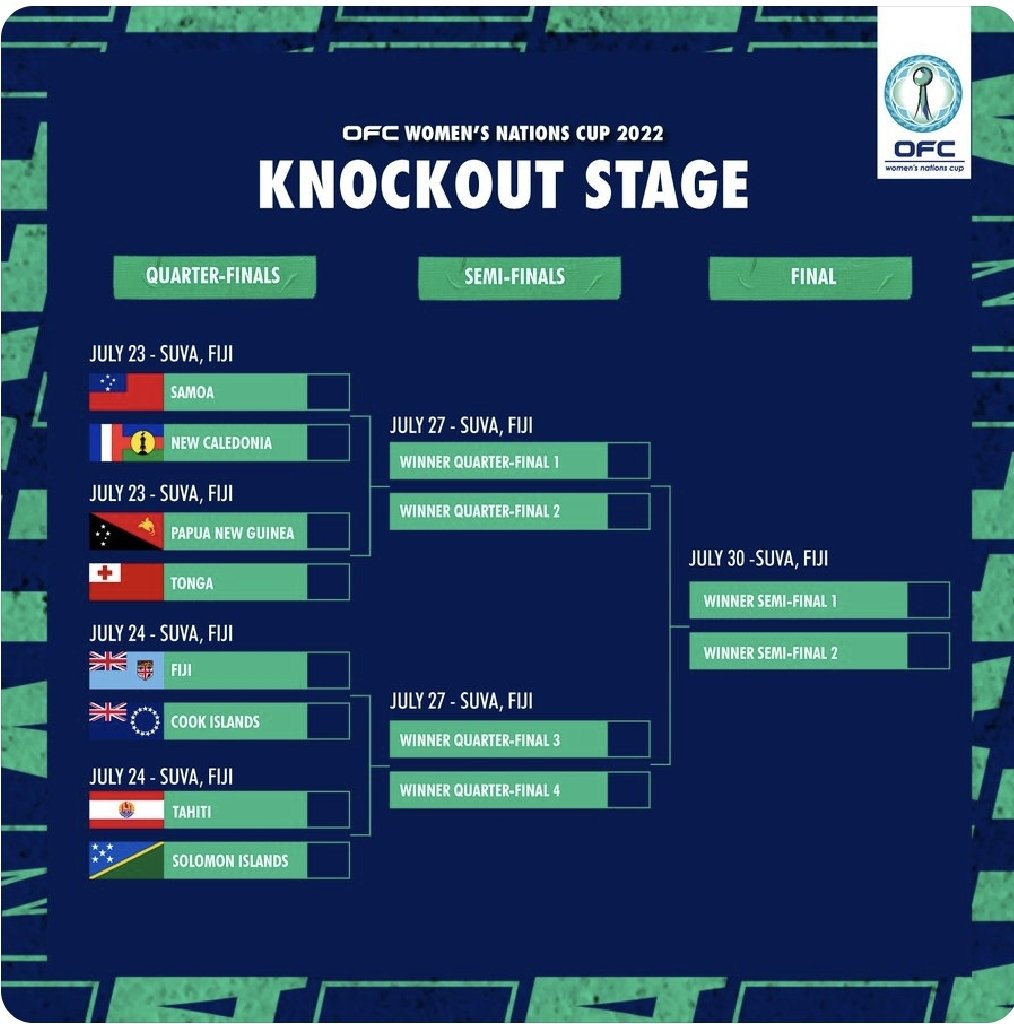 But it is not all bad news for the Cook Islands, as the result also ensures their progression to the quarter-finals after finishing second in the group, ahead of Tonga on goal difference.

The Cook Islands had a couple of early chances, captain Tayla Hetherington and Kura Mose both forcing Samoa goalkeeper Ronisa Lipi into action.

Samoa however pressed high up the pitch, not allowing the Cook Islands to pass out from the back and the tactic paid dividends a quarter of an hour into the game.

Stewart applied the pressure on a goal-kick passed to Teretia Teinaki, winning possession inside the opponent’s half before firing home the opening goal beyond Kimberly Uini.

Stewart and her strike partner Torijan Lyne-Lewis were causing the Cook Islands defence endless problems with their pressing and link-up play while Monique Fischer was pulling the strings in behind.

It led to continued dominance for Samoa in the first period, with Lyne-Lewis having a shot blocked before she and Stewart again had chances to score.

Uini, the Cook Islands’ 15-year-old keeper, was then called into action to make two reflex saves with her feet, first from Fischer’s deflected free-kick and then from Stewart’s powerful near-post drive.

The Cook Islands reacted immediately in the second-half, counter-pressing Samoa and gaining the early control in the second 45 minutes.

The change in tact nearly paid off, with substitute Simone Nicholas testing Lipi in the Samoa goal.

However, the mood soon changed to ensuring they advanced to the quarter-finals, with a 1-0 loss enough to secure safe passage ahead of their other Group A rivals Tonga.

Uini again showed talent beyond her years, making a stunning one-on-one save from Fischer before the Samoa captain, goalscorer Stewart and substitute Sariah Taeaoalii all had a swipe at goal during a nail-biting goalmouth scramble.

Faith Lilii Moa nearly produced a moment of magic to stretch Samoa’s lead but her looping half-volley clipped the crossbar as Paul Ifill’s side continued to try and derail their opponents’ progress. But at the final whistle, both teams looked relieved at their advancement.

Samoa move through as group winners, joining Papua New Guinea as the only side to have won both their games at the competition.

Samoa will face New Caledonia in the quarter-finals on Saturday, July 23.

The Cook Islands will face Fiji and Tonga will play PNG while Tahiti plays Solomon Islands in the quarter-finals this weekend.