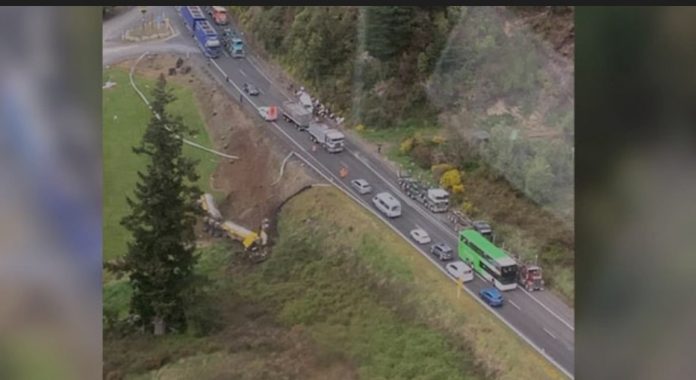 19 Oct 2020, North Island New Zealand. A van carrying 10 Samoan Seasonal workers and one New Zealander was involved in a fatal crash with a truck in Tarawera, North of Napier this morning.
St John Ambulance in New Zealand said they were alerted to the incident on State Highway 5, Tarawera, between Tataraakina Road and Pohukura Road at 9.52am.

St John Hawke’s Bay territory manager Brendon Hutchinson told 1 NEWS that ten people with injuries ranging from moderate to critical were treated by St John, before being transported via helicopter and ambulance to various hospitals – including in the Hawke’s Bay, Gisborne, Palmerston North and Taupō.

Hutchinson said four ambulances and three helicopters attended the scene to take the people to hospital.

A man in his 30s who police say was in the passengers seat, has since died while a teenager from the van is reported to be in critical condition at Hawke’s Bay Hospital.

The others are in various conditions ranging from critical to moderate, and Police say the driver of the truck is uninjured.

Hawke’s Bay Police senior constable and serious crash analyst Tim Rowe said the crash was still being investigated, but it appeared the van was one of three carrying workers, heading north towards Taupō.

“Two of the vans had pulled into the Tarawera cafe. The other one pulled to the left and as it started turning right into the cafe, a northbound truck collided with it,” Rowe said.

“We’re still in the early parts of trying to piece it all together. It’s not looking suspicious. It looks like a momentary loss of concentration by a driver,” Rowe said.

The cafe’s owner, Jim Andrew, said three vans were heading north: two pulled into the public toilet area by the cafe and the third got sideswiped by a truck and trailer.

Hawke’s Bay Police say they are liaising with the Samoan High Commission to notify the families of those involved in the crash.

The Head of Samoa’s Seasonal Workers Division Lemalu Nele Leilua has been contacted for more information, and the status of the teenager.

Our thoughts and prayers go out to friends and families of the deceased.