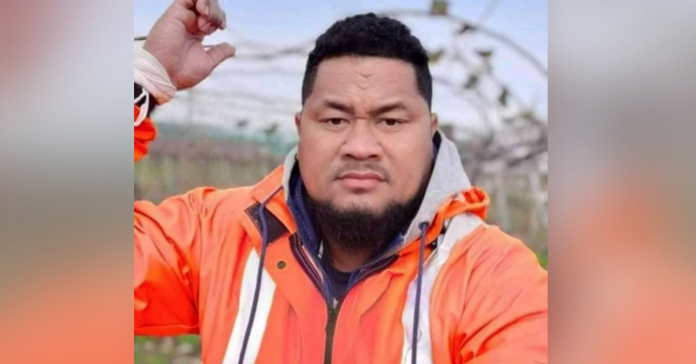 A Samoan seasonal worker was tragically killed in a motor vehicle accident in the Bay of Plenty area on Sunday afternoon.

The New Zealand Police confirmed in a media release that the single vehicle crash near the Sandhurst Drive on-ramp on Maunganui Road was reported at 5pm on Sunday 23rd August.

‘Two other people were injured in the crash suffering moderate to serious injuries;

“Four other passengers were medically checked but are not seriously injured”, read the statement by NZ Police.

Samoa’s ACEO for Labour, Export and Employment, Lemalu Nele Leilua, has confirmed that the deceased is 36 year old Vaetasi Asiata of Satupaitea, Savaii.

In an interview with local media, Lemalu said Vaetasi was seated in the front passenger seat of the vehicle, driven by the group’s team leader.

“The incident happened on their way back from work and according to reports from New Zealand, they were all tired from the shift and had fallen asleep on the road, including the driver,” she said.

Lemalu confirmed that Vaetasi was part of a team of 10 RSE Workers who departed Samoa last November, due to return in June but their contracts were extended.

Lemalu said Vaetasi was originally confirmed on a flight due to depart New Zealand on the 31st of July, but changes to SOE restrictions allowing flights every three weeks instead of two prompted the reschedule and change of plans.

“They are amongst the ones that were put back to the flight that is now planned to arrive this Friday”, said Lemalu.

Lemalu said Vaetasi and his team were originally working in the Hawks Bay area, but shifted to Tauranga in the Bay of Plenty where they were able to get more work, picking kiwi fruit, as they awaited their return to Samoa.

Vaetasi’s grieving wife has taken to social media with public posts expressing her disbelief at the news of his sudden death. Messages of condolences from friends and family have also flooded social media in the past 18 hours since the accident.

Vaetasi is survived by his parents, Asiata Mati and Taai Asiata, and his wife Lucy Selesele Vaetasi McCarthy and their 1 year old daughter.

Lucy has posted that they spoke just before the accident, when her husband had told her that their shift had ended, and they were on the way home. 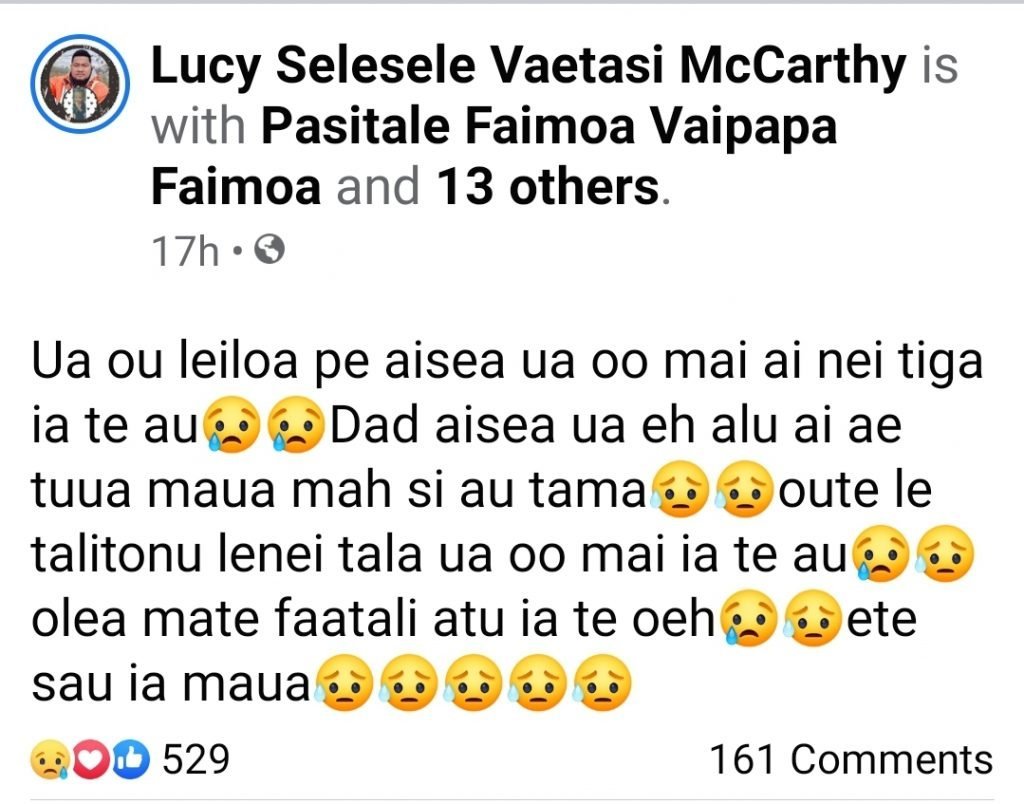 Lemalu says they have not yet made any plans for Vaetasi’s body to be brought back to Samoa, as they await news from New Zealand authorities if a post mortem is needed.

She also said she could not confirm if the other RSE workers involved in the accident would be able to return to their families on the next repatriation flight.

Lemalu says she has been in contact with the famliy of the deceased.