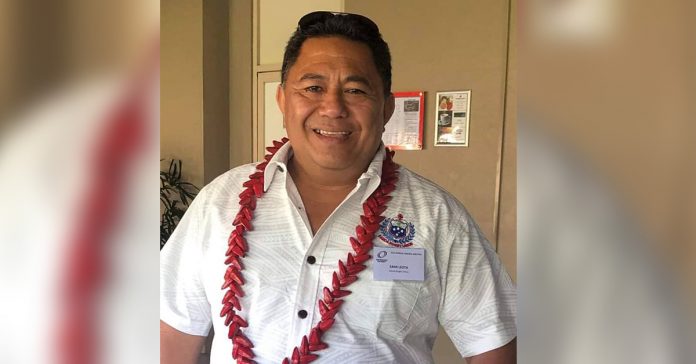 29 May 2019, Fiji. The Samoa Rugby Union President Namulau’ulu Papali’i Sami Leota has been elected to the Oceania Rugby Board of Directors.

The election was held this week at the Oceania Rugby Annual General Meeting in Nadi, Fiji.

Namulau’ulu was humbled by his elevation to the Board of Directors and says he is also very excited at what lies ahead.

“I am glad that we managed to get on the Board as other member countries had also raised their hands,” he said after the AGM.

The 16 member Oceania Rugby holds its AGM every year and the election of its Executive Directors comes every four years to be consistent with World Rugby’s Rugby World Cup calendar year.

One of Oceania Rugby’s primary role is for the development and promotion of rugby in the Oceania region and the majority of its funding comes out of the World Rugby Allocation.

SRU Chief Executive Officer Faleomavaega Vincent Fepuleai, who accompanied Namulau’ulu to the meeting, said this was clear evidence of the recognition of the strong work being done at SRU.

“The election of Namulau’ulu into the Oceania Board is a great achievement for Samoa. It’s great to have our voice heard at Board level as they make some key decisions affecting our Rugby, especially towards the funding allocation from World Rugby,” he said.

Five other directors were also elected at the AGM in Steve Lancaster of NZ, James Wilby of Aust , Dr Berlin Kafoa of Fiji, Dr Kieren Keke of Nauru and the re-elected President, Richard Sapias of PNG.

Two other directors are to be appointed by the vetting committee and will be approved later..

“It’s all about performance now as there is a lot of work to be done, especially towards the challenges that we are facing at the moment with our rugby here in the Pacific and I am very much looking forward to working with the new board,” said new Director Namulau’ulu.