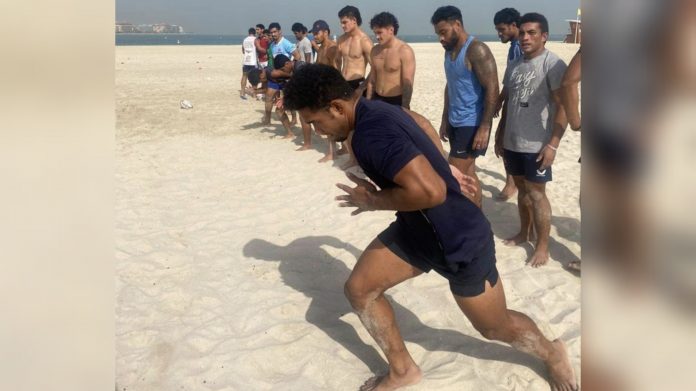 The Board of the Samoa Rugby Union recently rebranded to Lakapi Samoa have launched an urgent inquiry into allegations made by Manu Samoa 7’s players currently camped in Dubai.

Lakapi Samoa CEO Faleomavaega Vincent Fepuleai said in a statement issued Sunday night that Lakapi Samoa was alerted on Saturday 12th February by the Pacific Rugby Players Association (PRP). On the same day, the players’ letter of complaint surfaced on Radio Polynesia with a photo supplied and a copy of the letter.

The letter containing serious and potentially defamatory allegations towards the Manu Samoa 7’s Head Coach and his Management was published in verbatim on social media by Radio Polynesia Ltd. An online public onslaught of Head Coach Muliagatele Brian Lima and his Management team has since followed.

Lakapi Samoa CEO, Faleomavaega Vincent Fepuleai says the rugby union’s Board have acknowledged the letter and are treating the matter seriously. He says a Board inquiry is underway and the national union are in close communication with the PRP who advise they are conducting their own independent inquiry into issues raised.

“Consequently, the LS Board has acted swiftly with a Board Sub-Committee to investigate the matter and report back urgently,” said Faleomavaega.

The players complaint letter, understood to have been signed by all players except for team captain Melani Matavao, concludes with a call to have the Manu Samoa 7’s Management removed. “We therefore request an immediate removal and replacement of the Coach and Management.”

When contacted for a comment, Head Coach Muliagatele Brian Lima declined to comment stating he would rather wait until the independent inquiries by the PRP and Lakapi Samoa have concluded.

“Our report and responses to all the allegations made has been sent to the CEO. Sorry but we don’t want the process to be affected and prefer not to make any public comments until the inquiries are complete.”

Inquiry findings and official statements from Lakapi Samoa and PRP are expected to be made known by the end of the week.

Just last week reports showed the team back in training seemingly cheerfully in the sand dunes of Dubai after having all recovered from what was confirmed to be the omicron variant of Covid-19.

The Manu Samoa 7’s had to miss out on two legs in Spain when 13 players and 2 management tested positive for covid-19.

Head Coach Muliagatele Brian Lima was appointed to the role in August 2020. When the 20-man travelling squad for Dubai was named last December, it was announced the team would remain in Dubai as a home base to attend various legs of the HSBC World Series.