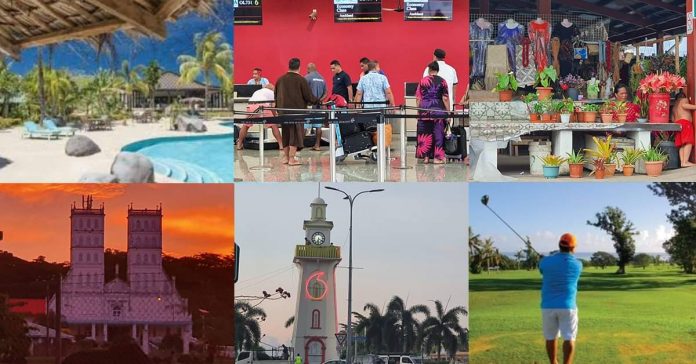 Samoa will extend its State of Emergency for a further 4 weeks, but with more relaxed conditions in view of the country being COVID-19 free and its borders closed now for close to 5 weeks.

With the removal of the rule to limit public gatherings to 5, Samoans can attend church this Sunday, but congregations are asked to hold one service only.

Schools will open from Monday onwards with restrictions to be provided by the Ministry of Education. MESC has issued a separate notice that sets out which Year levels come on which day of the week.

The Prime Minister said funerals will be limited to the current restriction of numbers, to both avoid the number of people congregating as well as limit the economic burden of traditional funerals.

Beaches can open but remain closed on Sunday and non-contact sports are now allowed – golfers will be happy.

In terms of public transport, the limitation on numbers for buses no longer exists.

International borders remain closed with exceptions to a flight from New Zealand that can bring students who held confirmed tickets before the lockdown, Samoan citizens stranded in New Zealand and have exceeded their visa allowance and Samoans with terminal illnesses who want to come home.

Tuilaepa said Samoans wanting to visit are return to Samoa for faalavelave are not included in the special conditions, and warned that if a New Zealand Samoan returned, they should be prepared to remain in Samoa for over a year given the uncertainties.

For American Samoa, one flight a week is allowed on a Friday – however, that is open only to Samoan citizens stuck in American Samoa and vice versa.

The celebration of Independence Day on 01 June 2020 are officially cancelled.