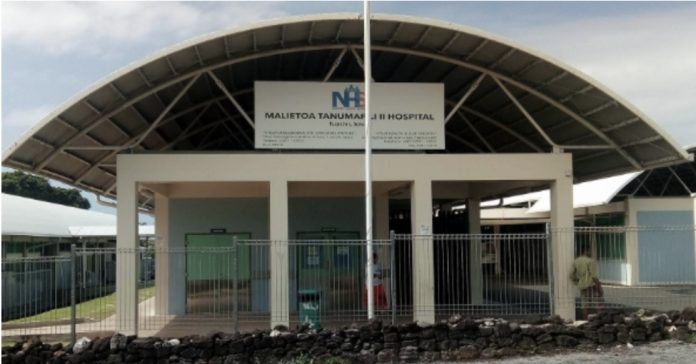 03 April 2022, Apia Samoa. Samoa has recorded its second covid-related death. An 87 year old woman from Faasaleleaga 2 District of Savaii passed away this morning, Sunday 3rd March at 10:30am.

In a press statement released Sunday evening, the Ministry of Health states the 87 year old was admitted to the Malietoa Tanumafili II Hospital at Tuasivi on Thursday, 31st March 2022 with severe respiratory symptoms, and was diagnosed with COVID19 and severe pneumonia.

“She had no known medical comorbidities however, she was unvaccinated”, the Ministry says in its statement.

“Despite the best efforts of the medical and nursing team at MT Hospital to respond to the patient, her conditions worsened and she eventually passed away at 10.30am this morning”.

“We upkeep the families and relatives of the deceased in our prayers as they go through these difficult times”.

“Out of respect for the families and relatives, we will not be making any further comments”.

Samoa’s first covid-related death was a 69 year old male from Tiavea, who died on Wednesday 30th March at Lalomanu District Hospital. He was reported by the Ministry of Health as having had multiple comorbidities. His family say he was treated at Lufilufi District hospital before he was taken to Lalomanu.

The latest update of cases issued on Sunday morning confirmed 203 new community cases detected as at 2pm Saturday, taking the total number of community cases since the outbreak to 2,279.

Of the 203 new cases, Savaii recorded just 5 additional cases, up from 51 to 56. There were no cases reported at ICU.  Samoa’s most recent case has been at Tuasivi Hospital since Thursday. It is not clear if the elderly woman required ICU care at Motootua National Hospital.