The global celebration is held on the 10th of October each year, but for Samoa, that was the children’s White Sunday public holiday.  Samoa has instead dedicated this whole week to the commemoration of Mental Health Awareness, to bring attention to mental illness and its major effects on peoples’ lives in Samoa and around the globe.

Hosted by the Goshen Trust Mental Health Services, the official programme was launched at Tuutuuileloloto Hall on Tuesday morning attended by Prime Minister Fiame Naomi Mataafa and members of the government, as well as members of the Diplomatic Corp and NGOs working to support mental health in Samoa.

Tuutuuilelolota Hall in Apia was set up with stalls and information booths by 14 different organisations all working in different areas, to provided products or carried out activities and services that supported mental health awareness in Samoa. 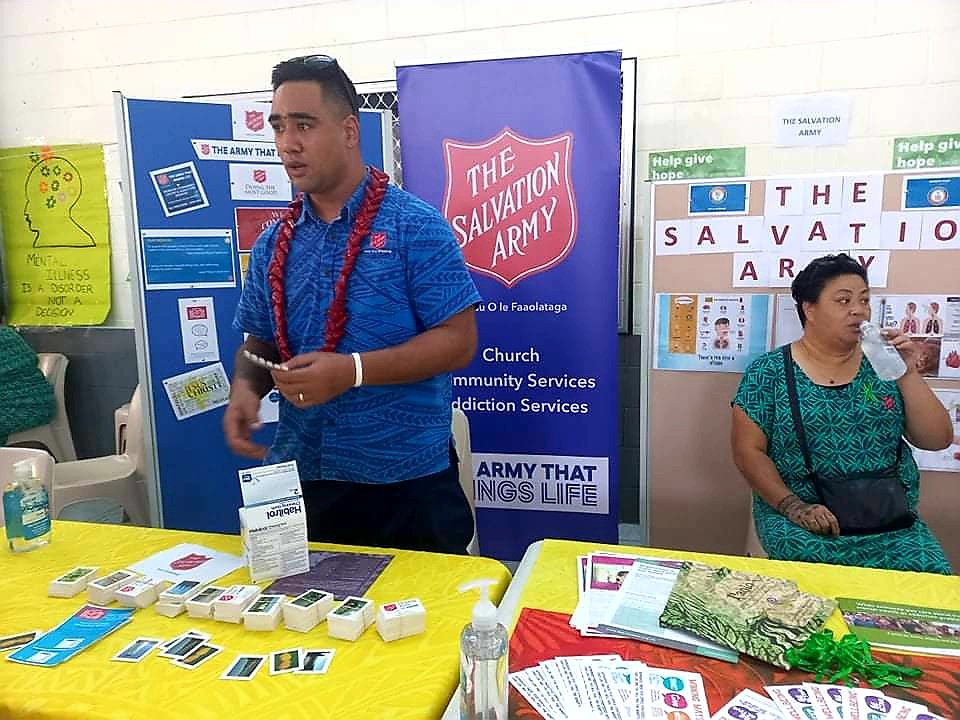 Chief Executive Officer of the Goshen Trust Mental Health Services, Mrs Naomi Eshraghi spoke about the crucial role of the Non Government Organisation to provide a wide range of services for mental health patients in Samoa.

“The Goshen Trust formally began operations in 2010 with a Family Community Support service, and have since developed to also provide residential rehabilitation, and we have also taken up the role of raising awareness about the impacts of mental health, and advocacy against the stigma that is often associated with it,” said the CEO.

Mrs Eshraghi said they now have access to health professionals and work closely with the Ministry of Health, Salvation Army and other key organisations to ensure those who require the support, do get the help they need.

She said the two-day programme at Tuutuuileloloto Hall allowed the second day for service providers to display their work, share experiences and raise awareness of the services they are able to provide. 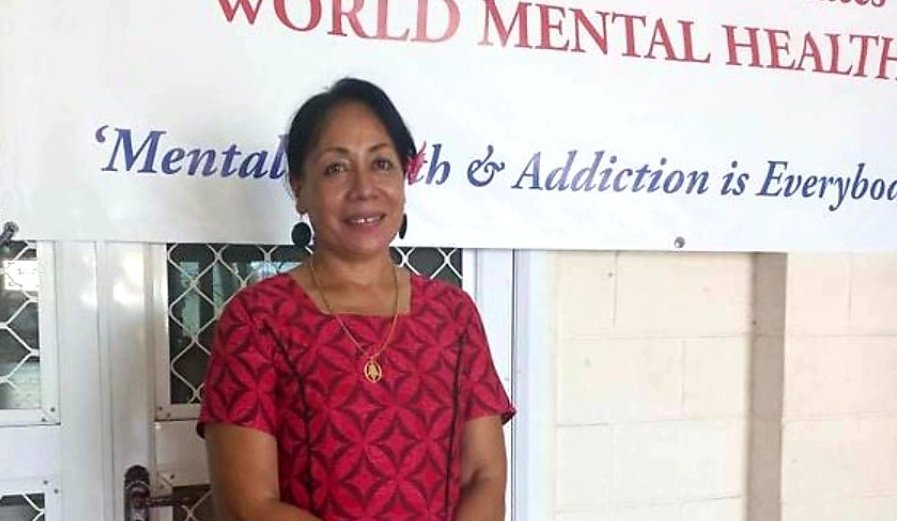 “We wanted it to be a different programme from other years,” she said. “There are many experiences that affect people’s mental health, but Samoans have never been known to be able to talk about it. Dedicating this week to Mental Health Awareness helps us to talk about the importance of maintaining a mental well-being, and seeking help through services offered by health professionals,” she adds.

Another highlight for Goshen Trust was the handing over of $42,000 tala from Apia Hash House Harriers.

Nynette Sass in handing over the donation, explained that each year, they use the Samoa Perimeter Relay as a platform to raise funds for a charity of their choice.

“This is the fifth year in a row that Goshen Trust has been our charity of choice”, said Sass.

“When Goshen Trust was established we realised that they didn’t have much support. We value the work they do to provide for our people who need support in this area,” said Sass in an interview with Eyespy Radio.

“We give this donation knowing that one day, we may also need Goshen Trust and all these wonderful organisations and service providers.. we didn’t know there were so many of you, and we commend the work that you do,” she added.

The Goshen Trust CEO Mrs Eshraghi said another key purpose of hosting service providers together at Tuutuuileloloto Hall was the opportunity to bring everyone together, to get to know each other in person, and also to understand the work done by other organisations.

“We want to get to know each other, so we can better help each other and work together towards the common goal of mental health programmes and initiatives for Samoa”.

The Goshen Trust CEO said it was also a good chance for organisations such as the Ministry of Health to promote healthy living, nutrition and eating the right foods, and general health care for individuals.

The Tuutuuleloloto Hall was packed, with displays by the Ministry of Health, Nuanua o le Alofa (NOLA), Manumea Art Studio, Young Women Chrisitan Association (YWCA), and the business community all out to support the worthy cause. 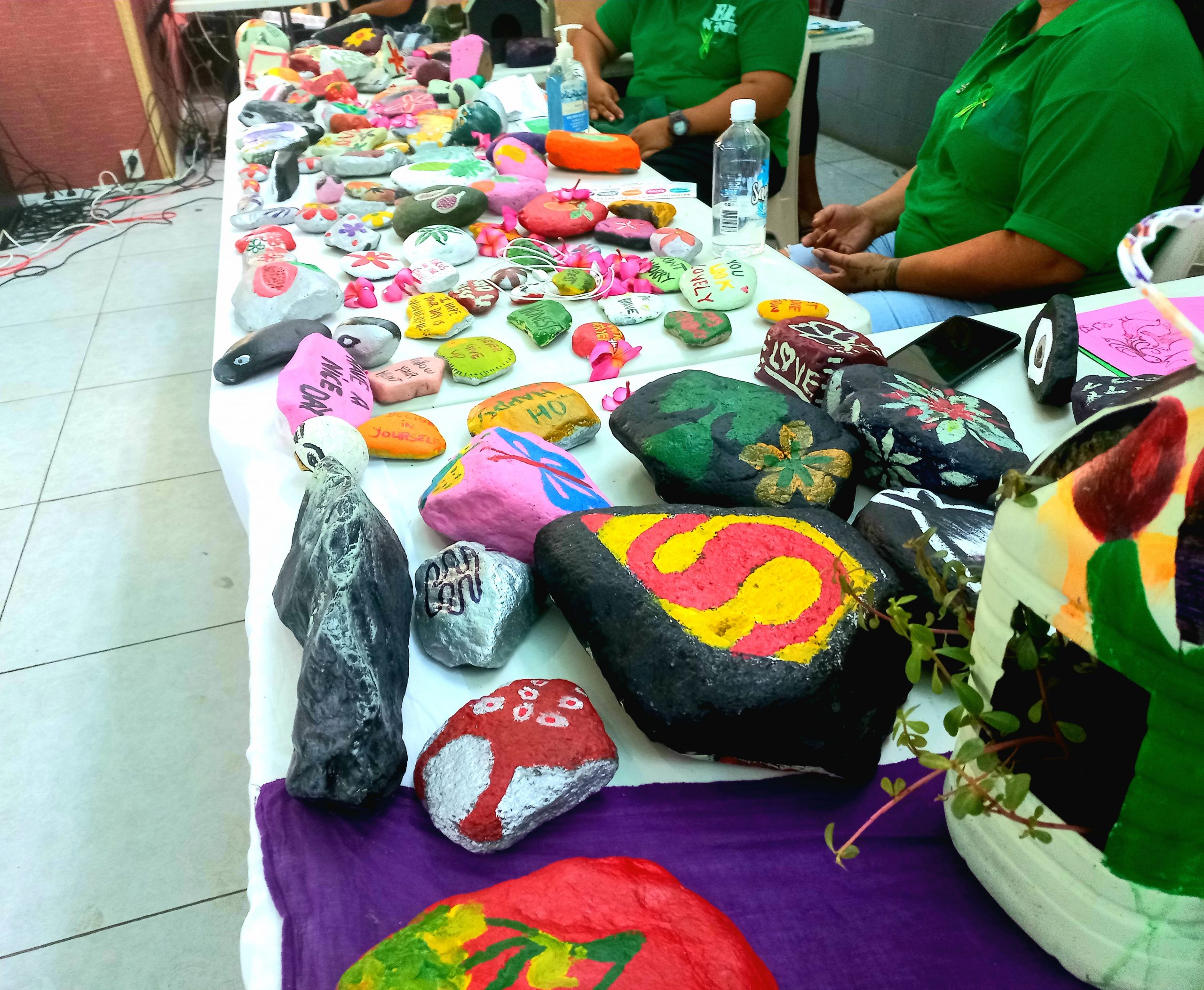 The Manamea Art Studio founded by the dynamic couple partnership of Mr Lalovai Peseta and Mrs Nikki Mariner, displayed their paintings and artwork. The Goshen Trust CEO said art is a very important part of the program. “Art is another helpful way to cure mental health of people with depression,” she said.

Mrs Naomi Eshraghi said all people helped and supported by the Goshen Trust do not pay a fee, nor do they charge or bill for their services. She says they receive funds from the Ministry of Health, and then rely on their donors, supporters and partners to fund their work.

Mrs Eshraghi ends by reminding Samoa that, “all of us can be affected by Mental Health”.

With the exception of special repatriation flights, Samoa has faced complete border lockdown since March 2020 due to the global Covid-19 pandemic. This came at the back of a national measles epidemic that claimed more than 100 lives, mostly babies under 2 years old. Then 2021 was a general election year for Samoa, and this followed a national political crisis that lasted four months from April to July of this year.

“The truth is, in these current times, all of us can be affected,” said Mrs Eshraghi.