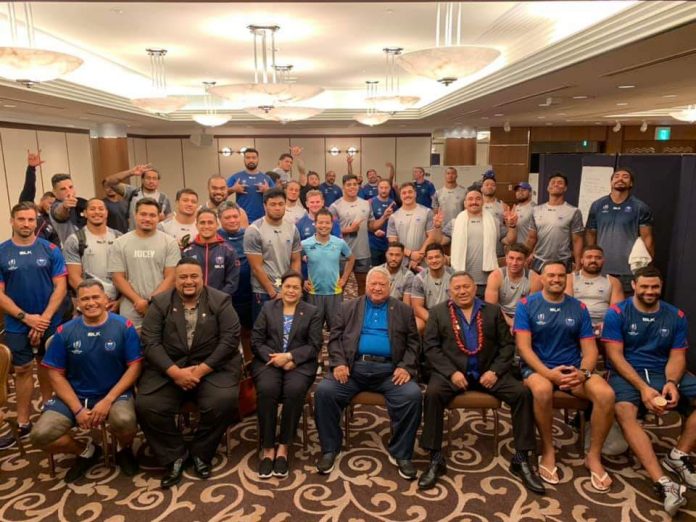 The Manu Samoa team received a visit from the Samoa Rugby Union Chairman and Prime Minister of Samoa, Hon Tuilaepa Lupesoliai Dr Sailele Malielegaoi who is in Japan on an official visit, and to support the national team for this weekend’s match.

The Manu Samoa team have posted, “He enlightened us with an inspirational story about Alexander the Great;

“He uplifted everyone’s spirits by sharing some humorous anecdotes;

“The boys really felt his warmth and support ahead of Saturday night’s blockbuster against Japan”.

Seumanu Douglas is the President of the successful Vikings franchise from Salelologa Savaii and represents the Big Island on the Board.

Samoa have made several changes to the side to play Japan in their must-win third match of the Rugby World Cup.

Samoa remains hopeful and fans will be up past midnight on Saturday night to cheer on the Manu Samoa.

Six Changes Made to the Starting XV against Japan