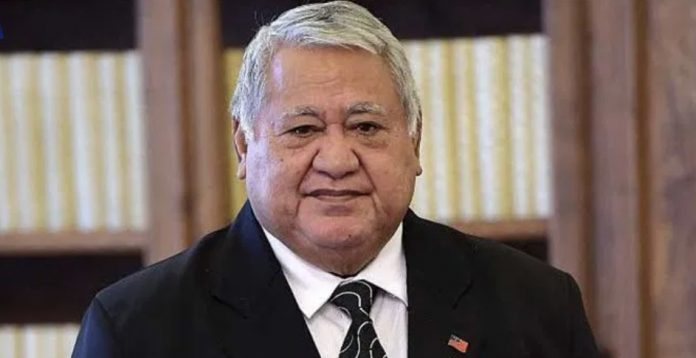 The Prime Minister of Samoa has called for Pacific Unity, and for Forum Island Countries to stand firm as a collective of large ocean states in the pursuit of common goals that affect our region.

In a statement issued this week, Tuilaepa Dr Sailele Malielegaoi says Pacific Island nations can achieve more together, and respectful face to face discussions is the Pacific Way to solve any differences.

Tiulaepa’s response comes after leaders of Palau, Federated States of Micronesia (FSM), Kiribati, Marshall Islands and Nauru announced their intention to withdraw from the Pacific Islands Forum when their Micronesian candidate for Secretary General narrowly missed out by an online voting poll of 9-8.  Forum Leaders went to vote late into the night during a virtual retreat, after a consensus could not be reached. Former Cook Islands Prime Minister Henry Puna was voted in over Micronesia’s candidate, Marshall Island’s Ambassador to the US, Gerald Zackious.

Tuilaepa says he supports a review of the selection process for the Pacific Islands Forum Secretary General position, and says the events following the special Forum Leaders retreat should be taken as an opportunity for Pacific Island leaders, “to reflect on the status of the region, and the relevance of regional institutions towards the achievement of our shared goals”.

“However intractable and insurmountable our problems may appear, there is always a way, the Pacific Way to reach a solution – unrushed and done in a considered manner with respect for the diversity of leaders’ and members’ viewpoints;

“In my view,” says Tuilaepa, “situations for which no consensus is apparent can be wholesomely achieved in a face-to-face meeting”.

The Samoa Prime Minister is the most senior and longest serving Forum Leader, having come into Office in November 1998. In his statement he reiterated Samoa’s support for the Pacific Islands Forum as the paramount regional political community in the Pacific since its inception in 1971.

“Samoa like all other Forum members is committed to work together to achieve common goals and address common challenges and opportunities based on the belief that more could be achieved together, than alone,” reads the statement.

“As Pacific leaders we have taken huge strides to present our region not as a collection of
fragmented small islands, but rather, as a united group of large ocean states. We are all attuned to how we can best leverage our solidarity, our strength and areas of opportunity, as one region and we have gained significant traction in this regard in the past and recently as is demonstrated through the support for the sub-regional representation of some of our regional organisations such as SPREP and SPC, and the UN Multi-Country Office in the North Pacific”.

Tuilaepa stressed Samoa’s support for all efforts to maintain unity in the region, and for all countries to consider areas where lapses may exist in the way the Forum operates; on the basis of principles, procedures and arrangements.

“In this regard, I am committed to the review of the 2002 appointment procedures
for the Secretary General to ensure there is a robust process in place that ensures equitable opportunity for all to serve the region at the highest level. As experience has now shown, we should no longer rely on ‘past verbal understandings’ as these can be prone to different interpretations”.

Tuilaepa says the unavoidable reality is that the Forum leadership changes from time to time, and calls for a review of the SG selection process.

“In future it should be unambiguous and clear,” said Tuilaepa.

The Samoa Prime Minister points out that most Forum members are also members of the OACPS (Organisation of African, Caribbean and Pacific States), suggesting the model of sub regional rotation could work for the Pacific Islands Forum, but does also call for care and consideration to be given to candidates submitted.

“What must be guaranteed is that each subgroup must, when it is their turn, submit the best nomination”, he said.

The Samoa Prime Minister concludes, “Let us focus on what binds us together, not on what divides us. It is our sincere hope that the Leaders’ face-to-face meeting in Fiji will provide that window of opportunity, God willing”.