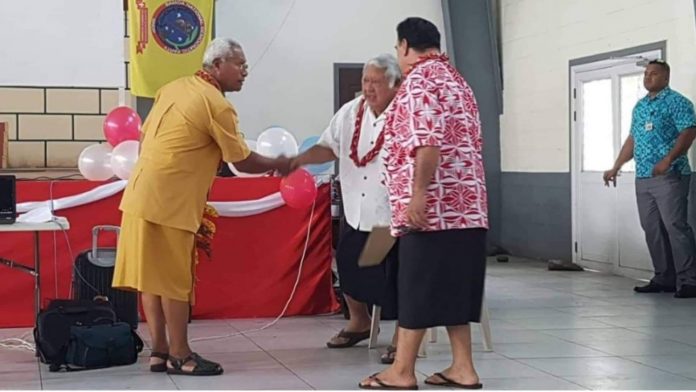 The Prime Minister of Samoa responded to criticism by the newly formed political group Samoa National Democratic Party (SNDP) calling for the Government to step down over the measles crisis that has claimed at least 73 lives.

Party spokesman Vui Seinafolava Masinamua and four other members of the political party said they had called a press conference because people had asked their views.

SNDP say that, “Social and health development was not given a priority” by the ruling Human Rights Protection Party.

“So you’re saying that each time there is a crisis and someone dies, the Prime Minister must step down?”

“That is a very weak line of thought.”

The Prime Minister quoted the Bible from the book of Proverbs 26:4.

“Do not answer a fool according to his folly or you yourself will be just like him.”

The Prime Minister then joked about the status of the new political party saying, “Isn’t that the two people that I went and lauched their party?”

SNDP was launched three months ago on the 11th of September 2019 and Prime Minister Tuilaepa was invited as the guest speaker at the party launch where he presented them with a donation from HRPP of $2,000 tala.