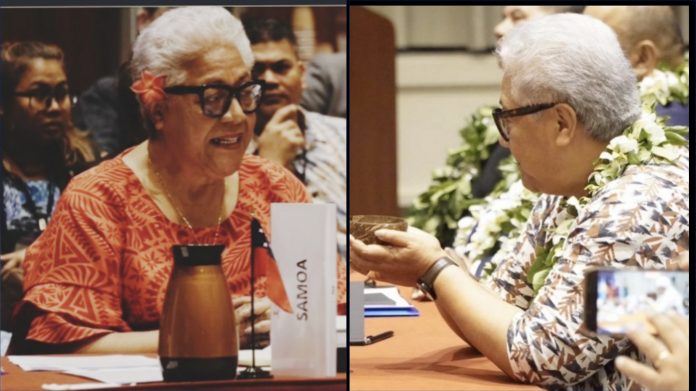 In Calgary, Canada, Hon Fiame is representing Samoa in the Pan-Commonwealth Forum (PCF) from the 14th to the 16th September, 2022.

The Hon. Prime Minister, also a former Minister of Education for Samoa, delivered the keynote address of the Forum based on the theme, “Building Resilience and Education Systems.”

In New York, the Prime Minister will be attending the 77th meeting of the United Nations General Assembly from the 19th to 25th September where Fiame will also be delivering a keynote address.

The Prime Minister is travelling with the CEO of Ministry of Foreign Affairs and Trade (MFAT) Peseta Noumea Simi.

In response to questions, Acting CEO of MFAT, Mr Henry Tunupopo, said issues to be discussed at the UN General Assembly will include recovery strategies to World and Pacific economies gravely impacted by post-covid and post-war ramifications such as the rising cost of fuel and food security.

The Acting CEO says the environment and climate change is also high on the agenda for Pacific Island Countries at the 77th meeting of the UN General Assembly.