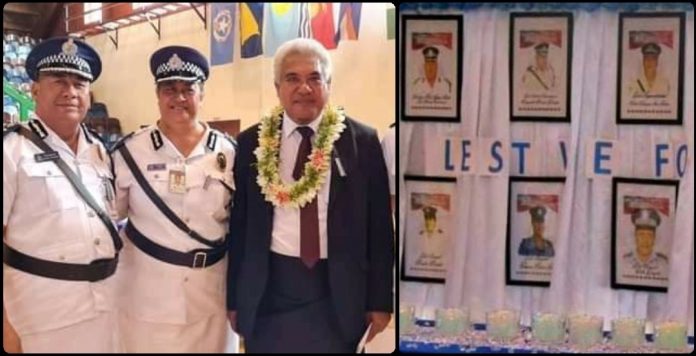 The Ministry of Police, Prisons and Corrections held their annual remembrance day service this on Wednesday morning to honour all officers who had passed away in the last 12 months, and also salute those who led the police force in the past.

“In unity we look back and salute those who have served the Ministry of Police with pride and honour,” said Police Minister Faualo Lefau Harry Schuster during his keynote address.

Held as an early 8am service at the National University of Samoa gymnasium, police officers of all ranks came together for the annual event that is also celebrated by police departments across the Pacific.

Reverend Va’ai Tua led the ceremony with the Word of God and a prayer to start the morning service.

Samoa’s new Minister of Police spoke words of comfort to the families present and stressed the importance of taking time to celebrate and honour those who have served Samoa.

“Today we reflect on those who are gone and celebrate their legacy that lives on in each and every man and woman who wears the blue uniform, our thoughts are with them, their families, friends and colleagues,” said Faualo.

“Though they are gone, their service will always be remembered. Their service for a safer Samoa, their courage and their sacrifice will never be forgotten.”

“Today we would like to take this opportunity to also honour those who led the men and women in blue in the last, whom we are lucky to have join us today, our former Commissioners”.

Tribute booths were displayed for the eight officers who had passed away over the past 12 months since last years’ remembrance ceremony in September 2020.

Family members of the officers being honoured attended the ceremony, including Setu Alapati, the driver of the Leusoalii accident, where his wife, also a police officer, was tragically killed. 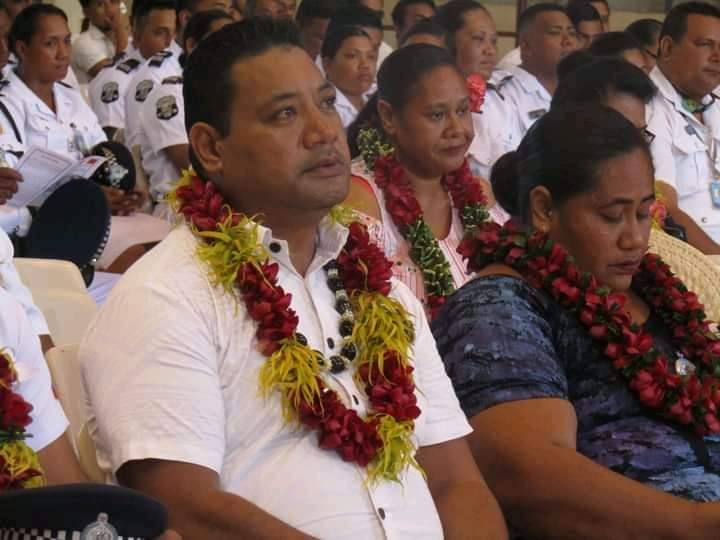 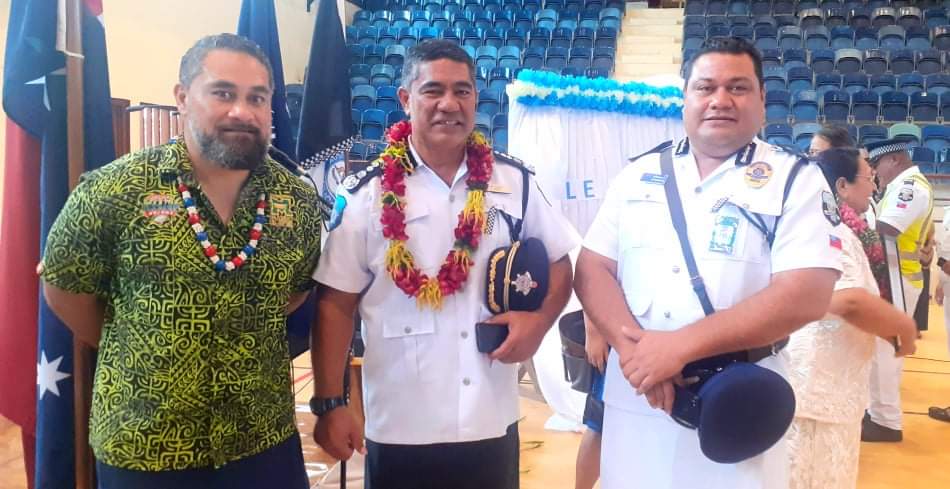