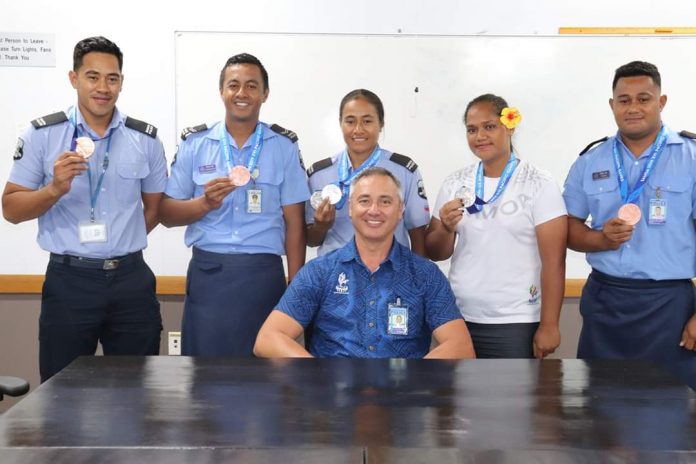 These officers represented Samoa in the sports of Badminton, Rugby League, Touch Rugby, Tennis, Soccer and Assistant Coach for the women’s volleyball team. Their overall performances by winning silver and bronze medals in their respective sports is an illustration of their commitment, dedication and hard work.

SPS has been suppprtive of our officers by allowing them to compete and fully focus on their trainings and preparations leading up to the games.