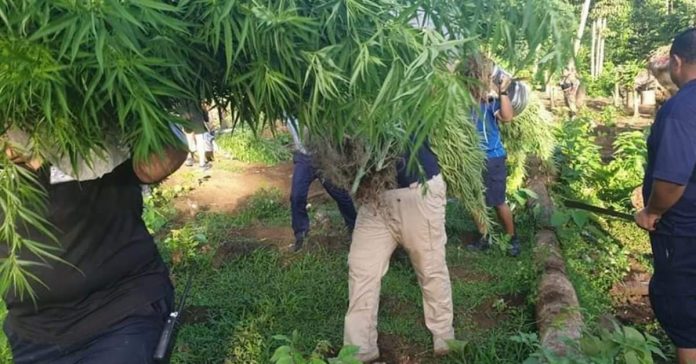 The Samoa Police Service (SPS) have made three arrests after a narcotics drug bust at Satapuala and Faleatiu in an operation that brought in over $4,000,000 talā worth of plants.

A press statement from SPS confirms that the operation was executed at 4am this morning.

“Approximately 4,000 marijuana plants were located and police have made three (3) arrests”.

SPS confirms that a warrant was issued for the operation following verification of information relayed by members of the public with regards to marijuana being cultivated in these areas of Upolu.

The latest police drug bust comes almost a year to the date of an operation in November last year when SPS confiscated around 10,000 plants valued at approximately $10 million talā.

Police confirm that those plants from last year have since been destroyed after the closure of Court proceedings.

Samoa Police continue the fight against drugs, “keeping our streets clean of narcotics”.