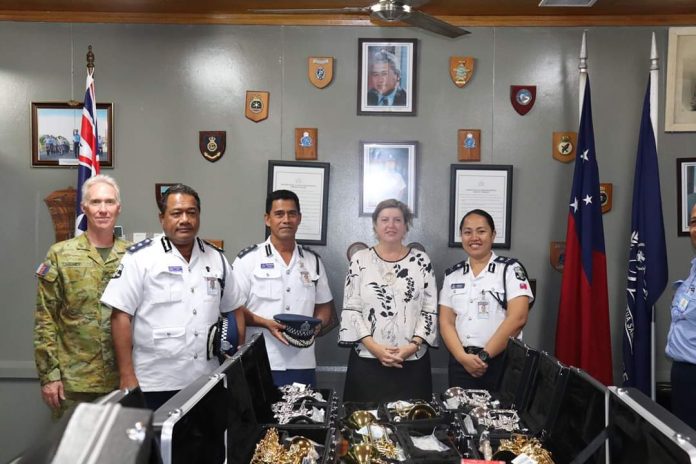 The Samoa Police Service (SPS) has been very fortunate to be presented with musical instruments worth AUD$18,500.00 by HE Sara Moriarty this afternoon at the Police Headquarters.

Acting Commissioner Papalii Monalisa Tiai-Keti and the band masters received these instruments and made reference to the level of support from the Australian Government and the Australian Navy Band-Kapooka.

This has further strengthened and deepened the relationship between the two Governments and the gifts will undoubtedly go a long way towards the general upgrading of the SPS Royal Police Band.

The Royal Samoa Police Band are seen marching through Apia every morning from the Police Headquarters to Government House where they play the Samoan national anthem and raise the national flag.