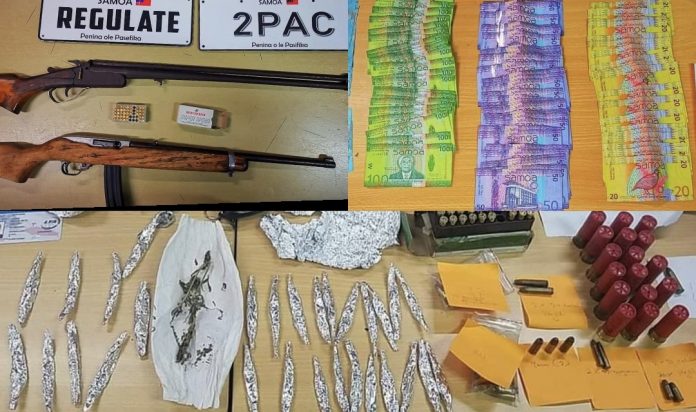 Samoa Police have arrested two individuals in a police raid of a property at Faatoia, near Apia.

There were also two rifles and ammunition of 22 bullets, as well as fake number plates, ws well as 4 flashdrives and 3 hard drives.

According to Police the two individuals are in police custody awaiting remand.

SPPS thanks the public for their continuous support of oummýmission in keeping Samoa safe.