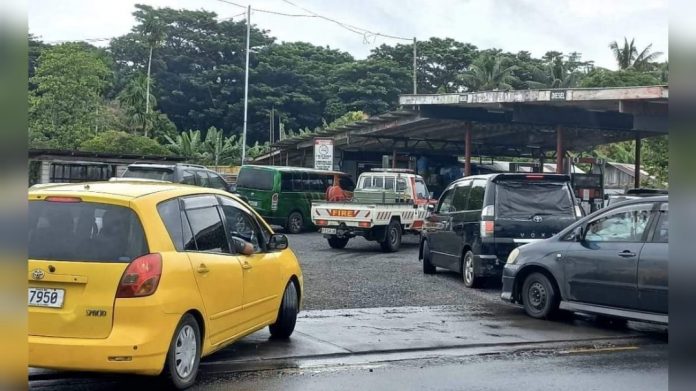 Thursday 31 March 2022, Apia Samoa. As Samoa continues into the third week of its nation-wide lockdown in efforts to curb the spread of covid-19 in the community, Samoa’s new petrol prices soar above $3.30 per litre, for both petrol and diesel.

The monthly announcement by the Minister of Finance, Hon Mulipola Anarosa Molioo lists increased freight costs, the weakened Samoan Tala against the US dollar, and the Russia-Ukraine war as key contributing factors to the increase.

“The retail prices for April 2022 are based on February MOPS (Mean of Platts) International product prices which increased by another US$ 10-12 per barrel,” states the press release.

“Higher freight rates and a weaker Tala/US dollar exchange rate has added to the overall increase in landed costs”.

“Crude and product prices are continuing to increase fueled by concerns that the war in Ukraine will impact continuity of the crude oil supplies. Economic sanctions imposed by the Western nations against Russia who account for 7% of world crude oil supply, will continue to impact overall world prices,” concludes the release.