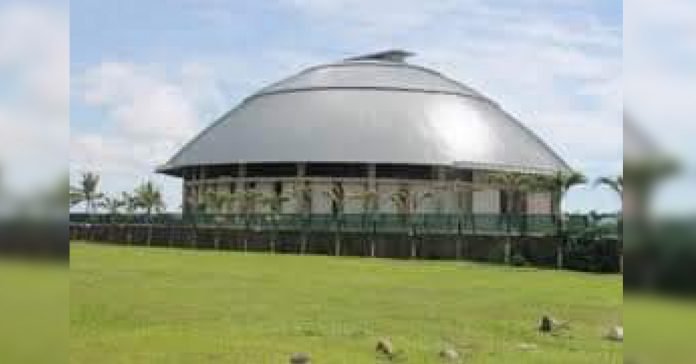 13 March 2019, Apia Samoa.  Samoa’s new Parliament House, co-funded by the Governments of Australia and Samoa, will open tomorrow morning with an official ceremony at Tiafau Mulinuu.

The Australian Assistant Minister for International Development and the Pacific, Senator the Hon Anne Ruston arrived into Samoa this afternoon to take part in the celebrations.

The service will be led by the Deputy Chairman of the National Council of Churches, Rev Aisoli Iuli.

The design of the new Parliament building makes strong reference to Samoa’s traditional architectural form. It reflects a typical Samoan meeting fale and the Chamber ceiling is inspired by Samoa’s native flower, the teuila.

The Maota Fono project was designed and managed by Manteena Company from Australia and its team of consultants while the workmanship was undertaken by local building contractor, Craig Construction Limited.