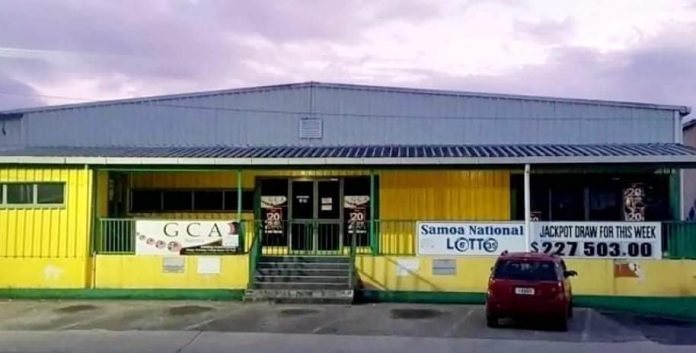 10 April 2021 Apia Samoa. The Samoa National Lotto has offered further explanation to a mishap over the weekend where the airing of a pre-recorded lotto draw on its official Facebook page on Saturday night, had momentarily aired an earlier draw from February.

The Samoa National Lotto management have issued a statement to say the technical glitch was quickly rectified, and the correct Draw No. 653 was aired in its place on Saturday night. 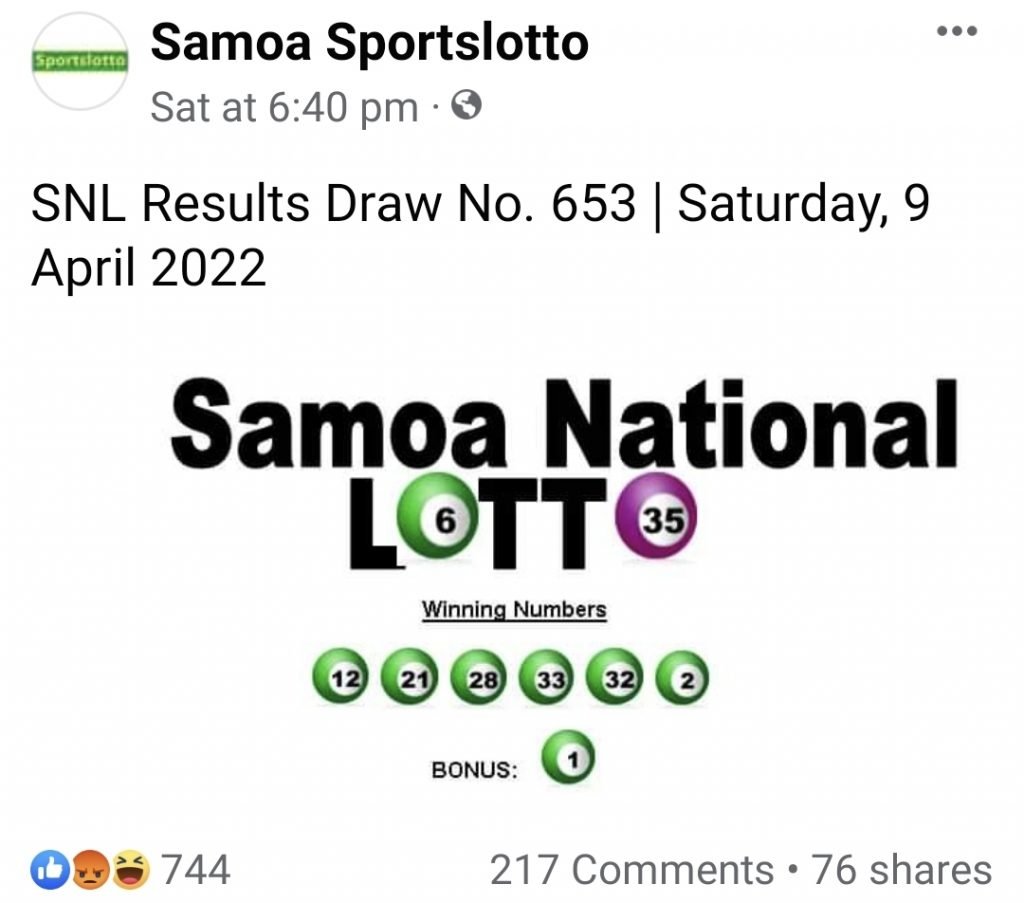 The government-owned and operated National Lotto had issued an apology on Sunday night on on official Facebook page..

“To all our values customers we bring our sincere apologies for the inconvenience caused from our Live streamed draw on Saturday, 9 April 2022 and Draw from the 19 February 2022 due to technical issue errors.”

“We apologize for the inconvenience you might have encountered while playing our game all technical failures have been eliminated and they won’t happen again.”

Despite the apology and explanation, lotto players across the nation took to the comments section of the post to express their views on what some saw as a suspicious situation, questioning the credibility of the Gambling Control Authority’s Samoa National Lotto and even directing abuse towards the police officers involved in the draw.

On Monday, the Samoa National Lotto management released a formal Public Notice with more details of exactly what had happened on set.

“We wish to further clarify to the Public the issue raised in the Samoa Observer edition today 11 April 2022.

“Samoa Sports lotto Draw no. 653 was conducted on Saturday 9 April 2022 at 12:30 pm at the Samoa Sportlotto offices so that we are in compliance with the current lockdown conditions and 2pm closure..

“SNL Draw No. 653, was conducted under the supervision of the Samoa Police Department and taped/recorded by our television media partner to be televised later that afternoon atthe usual time 6:30pm..

“The draw is also recorded by our marketing officers for uploading onto our Facebook page at the same time 6:30 pm..

“When this was loaded onto our Facebook page one of our previous draws on February 19, 2022, Draw No.646 momentarily played..

“This was stopped immediately and the current draw No. 653 of the 9 April 2022 continued loading.”

According to Samoa National Lotto, some Facebook users had taken a screenshot of the previous draw No. 646 when it was mistakenly being played, edited it and then re-posting it to further confuse the public.

We advise our customers to please refer to our official Facebook page and website for the correct official draw results and draw screenings to avoid any further confusion and to call our office for further clarification.

“The draw dates and draw numbers are clearly shown on each draw recording on our official Facebook page,” states the Samoa National Lotto notice.

“We assure our customers that this was an inadvertent error due to a momentary technical issue when uploading onto our page and the correct draw was immediately shown and our customers saw that this was the same Samoa National Lotto Draw No.653 as screened that evening on TV”

The Samoa National Lotto say they have banned users whose pages have been abusive toward them and their employees.

“Unfortunately we cannot control the actions of those Facebook users who have further contributed to the spread of this confusion by editing the screen shot they took and circulated this except to ban them from further access to our page..

“We apologize for any inconvenience and confusion caused.”