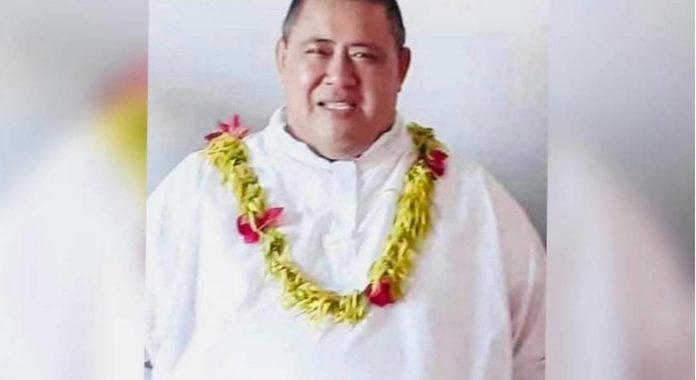 Father Muliau Stowers has passed away at the age of 47 and social media is inundated with tributes from youth in Samoa and across the globe who remember a priest and teacher who taught with a direct no-nonsense approach, and a sense of humour that captured his

Afioga Patele Muliau Stowers was educated at St Joseph’s College and was Deputy Head Boy in 1994 with Lemalu Semo Sititi as Head Boy. He headed the Diaconate School for the Moamoa Theological College and at the time of his death, was the Head of Biblical Studies for the Old Testament for candidates. Father Stowers served as the head priest of the group of Catholic churches in the Leauvaa matagaluega.

Tributes from the Marist Brothers Old Pupils Association (MBOPA), St Joseph’s College, the Moamoa Theological College and a host of other organisations and individuals have flooded social media.

MBOPA posted, “Padre was a God fearing Man spreading the good word and doing God’s work as he was meant to do. A devout Malisi who supported the Aiga Malisi. Thank you for all the good work you have done when you were with us. Aiga Malisi conveys our deepest condolences to the Stowers Family and the Priesthood for this loss.”

Momoa Theological College and Seminary post that Father Stowers will be hard to replace. “Your shoes will be hard to fill, but the Lord has better plans for you. We will be forever thankful for your guidance, words of wisdom and life of service”.

Former Pro Chancellor of the National University of Samoa and Head of Catholic Schools Aeau Chris Hazelman testified to Father Muliau Stowers’ unique gift of touching the lives of those he worked with.

“Ten years ago, you and I worked in the same building at Tu’utu’u i le Loloto Hall. I told you Br. Siaosi starting as Principal at St. Joseph’s needed help and that I would be more hands on. You did not hesitate and became the Spiritual Advisor for the College. Your style of communication but more important your presence in the school was felt by all. This is how I will remember you Fr. Muliau Stowers! You had the gift of music, dance, and humor, and you shared it to all whom you encountered. Thoughts and prayers for your family.. May you Rest in Peace”.