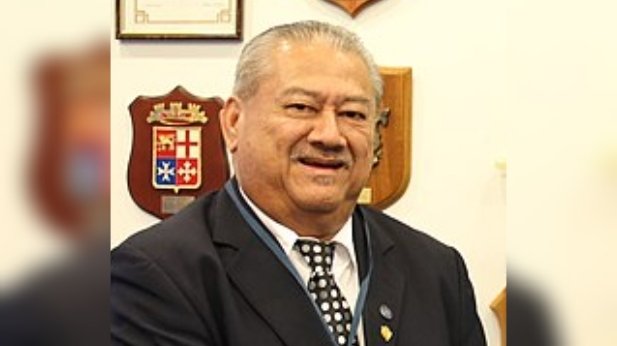 Samoa is mourning the passing of Member of Parliament for Vaimauga 3, Hon Tapunuu Papalii Niko Lee Hang who died at Moto’otua National Hospital on Monday morning.

Tapunuu was first elected to Parliament as the second representative for Individual Voters in a by-election in December 2001. He passes in the month of his 21st year anniversary of serving Samoa as a Member of Parliament.

A senior member of the accounting profession in Samoa, when Tapunuu was re-elected at the 2006 general election, he was appointed Minister of Finance.

Tapunuu served his third term (2006-2001l as a back bencher and Chair of the Parliamentary Finance Committee. He became very outspoken during this time to call for resignations of those not following finance policies and governance protocols.

After serving a term as a backbencher, Hon Tapunuu Papalii was re-appointed to Cabinet following the 2016 general election. He served as Minister of Works Transport and Infrastructure (MWTI) until 2021.

Pior to entering Parliament Papalii had served as a public servant for over 30 years, leading the Public Trustee from 1997 to 2001. He also led the Samoa Life Assurance Corporation (WSLAC at the time).

Tapunuu Papalii Niko Lee Hang, his wife Doris and children are members of the Apia Harvest Centre Church in Apia. Tapunuu served as a member of the Church Board of Trustees. If you had visited AHCC you’d have had the chance to see the former Minister playing base in the Praise and Worship team.

Tapunuu was also the Patron of the church-run Teen Challenge program that receives referrals of at-risk youth from the District and Family Courts.

Tapunuu is survived by his wife Doris, their four children and grandchildren.

Our thoughts and prayers are with the family of Honourable Tapunuu Papalii Niko Lee Hang.