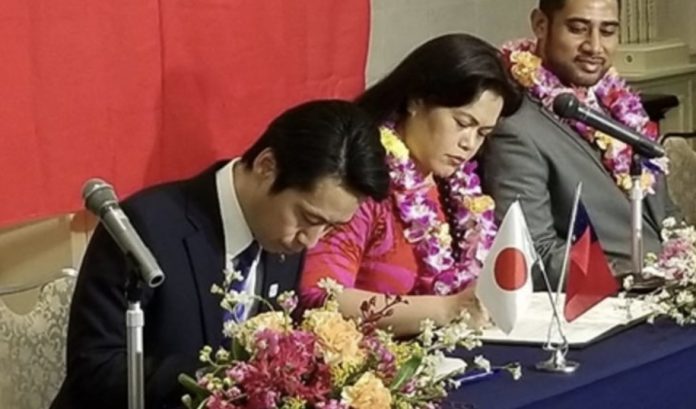 1 February 2022, Apia Samoa.  Samoa’s Ministry of Foreign Affairs has this afternoon announced overseas postings for all of Samoa’s High Commission offices, for 2022.

Some postings remain, some have been announced as being  on final extensions, with four new appointments of next-generation diplomats.

Continuing as Heads of Mission

H.E. Ali’ioaiga Feturi Elisaia continues as Head of Mission in Fiji having been recently appointed in February 2021. Long serving public servants, HE Hinauri Petena and HE Faalavaau Perina Sila continue as Head of Mission for Canberra and Japan respectively. They were both first appointed as High Commissioners in 2015. Ms Hinauri Petana was a long serving Chief Executive of the Ministry of Finance. Faalavaau was the former Chief Executive of the Small Island Developing States office, who led Samoa’s preparations for the successful hosting of the international conference in 2014.

Four international representative positions have been announced as being on final extensions including all positions in New Zealand. Wellington based High Commissioner to New Zealand H.E. Leasi Papalii Tommy Scanlan, Consul General in Auckland Faolotoi Reupena Pogi and Samoa’s Trade Commissioner based in Auckland, Magele Mauiliu Magele have been flagged for a change in 6 months time. Samoa’s Consul General in Sydney, long serving public servant Auseugaefa Vaasatia Poloma Komiti is also listed as being on a final extension.

Four new Heads of Mission appointments have been announced.

Heading to China to replace Tapusalaia Terry Toomata as Ambassador-designate to the People’s Republic of China is Luamanuvae Leuluaialii Albert Mariner. Luamanuvae started with the Ministry of Foreign Affairs before embarking on an impressive career. Holder of a Masters in foreign affairs and trade from Monash University, Luamanuvae headed the Political Division (Caribbean and Pacific Section) of the Commonwealth Secretariat where he worked for 14 years in London. He also worked for five years in Fiji as the senior peace and development advisor to the United Nations.

The other three new appointments are also career diplomats who have all served in Samoa’s Ministry of Foreign Affairs, both locally and in various international roles.

MFAT’s Assistant Chief Executive Officer for International Relations, Francella Strickland-Simonet has been appointed as Ambassador-designate to the Kingdom of Belgium. Amongst other roles, Ms Strickland-Simonet has served in the Samoa Embassy to Belgium and has also served as Counsellor and Deputy Permanent Representative at the Samoa Permanent Mission to the United Nations.

Heading to start up a new international mission in the city that is home to the World Trade Organisation is MFAT’s Assistant Chief Executive Officer for Trade, Toleafoa Nella Tavita-Levy.  Toleafoa has been appointed as Ambassador-designate to Switzerland, based in Geneva. Toleafoa returned to Samoa to Head the Trade Division after serving in the Samoa Embassy in Belgium.

“Acknowledgement and appreciation of their services to the Government and people of Samoa have been extended to H.E. Tapusalaia Terry Toomata and Consul General Manogiamanu Fonoti Etuale Ioane as well as all returning posted staff on the completion of their terms”, reads the MFAT press statement.

Following the decisions of Cabinet at the end of December 2021, the following schedule of appointments was approved for both Heads of Missions and posted Officers appointed on a rotational basis. The tenure for Heads of Missions is 6 years, and 4 years for Officers.

Ambassador-designate to the Kingdom of Belgium – Francella Strickland-Simonet (with accreditation to the United Kingdom, European Union, OACPS and Commonwealth)

STAFF ROTATION FOR MISSIONS FOR 2022

Counsellor – (replacement for Justin Lima to be approved)

Acknowledgement and appreciation of their services to the Government and people of Samoa have been extended to H.E. Tapusalaia Terry Toomata and Consul General Manogiamanu Fonoti Etuale Ioane as well as all returning posted staff on the completion of their terms.