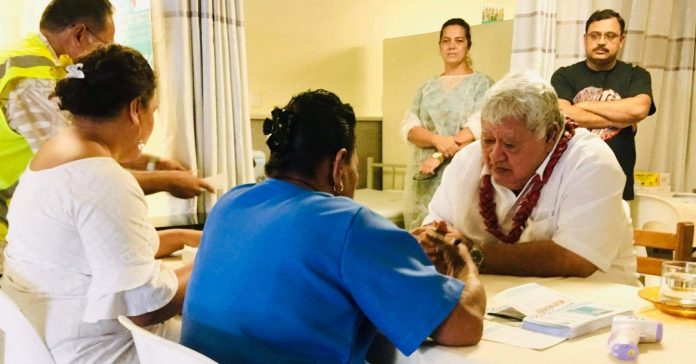 AstraZeneca is a two-dose vaccine approved by the World Health Organisation (WHO) and distributed by the COVAX facility and its partners. COVAX is co-led by CEPI, Gavi and WHO, alongside key delivery partner UNICEF.

This afternoon, Muliagatele Esau Faatafa of the Ministry of Health said the first vaccinations for Samoa started at around 2pm Sunday afternoon.

The Director General of Health Leausa Dr Take Naseri and NEOC Interim Chair Agafili Tomaimano Shem Leo were the next to receive their vaccinations today, before frontliners at Samoa’s ports and health care workers of MOH.

The Director General of Health has confirmed all 24,000 premixed doses would be rolled out to 24,000 citizens, while the second batch expected in May would be used for those citizens’ second doses. Recent data suggests the ideal timeframe between AstraZeneca vaccine doses is 12 weeks.

At a service to launch the arrival of vaccines held last Monday at Motootua, Tuilaepa delivered the keynote address and thanked Samoa’s development partners for their role in securing Samoa’s first batch of vaccines.

Asked at the launch if he would be first to receive the vaccination, Tuilaepa offered a lighthearted joke that he wanted to wait and be injected together with FAST party leader, Hon Fiame Naomi Mataafa.

The crowd appreciated that light hearted joke in view of Samoa’s headlock General Election Results of a 25-25 tie between HRPP and FAST.

In a press conference last week, the Chair of Samoa’s National  Emergency Operations Centre (NEOC) said the programme for vaccination has been set for Samoa. 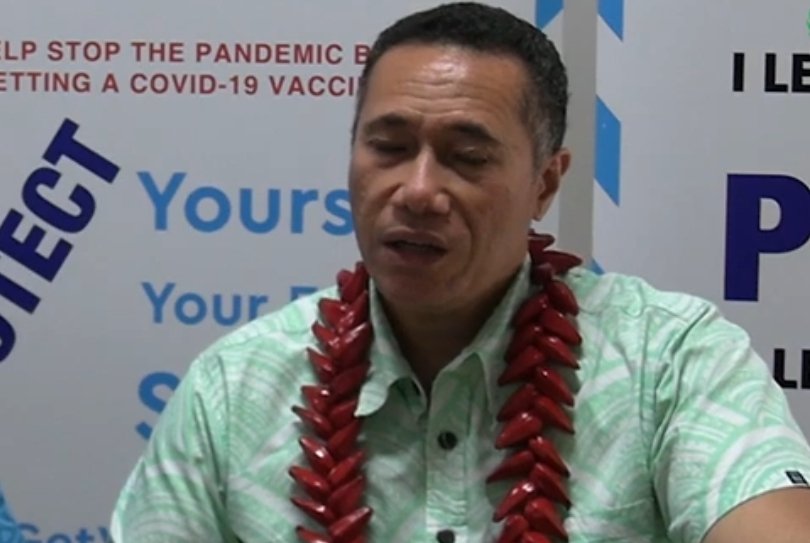 Agafili Tomaimano Shem Leo and the Director General of Health assured the nation of the NEOC’s commitment to maintain the health of safety of Samoa throughout the global pandemic, including the rolling out of vaccines.

The AstraZeneca Covid-19 vaccine has been linked to rare cases of blood clotting and although various countries did temporarily suspend its use, many resumed saying the benefits far outweighed the losses.

Australian Prime Minister Scott Morrison said the recommendations were made with an abundance of caution due to the rare but serious side effects, which have mostly been associated with younger people.