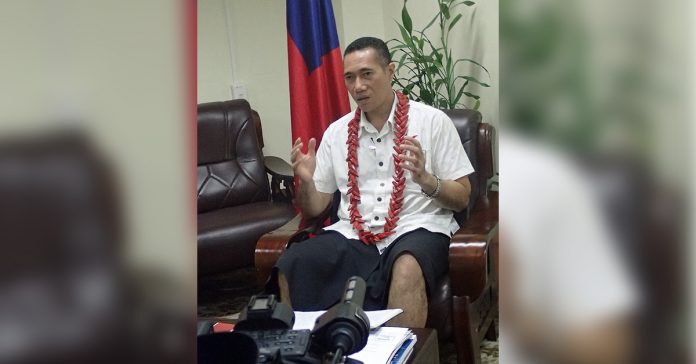 16 September 2019, Apia Samoa. A man who had fled Samoa on false documents is now in police custody upon deportation from Australia on Thursday last week.

In a statement issued this morning, the Samoa Immigration office confirms that Ropeti Sione’s return from Australia has been a result of regional cooperation with the Apia-based Pacific Immigration Development Community (PIDC).

“Sione’s return was the result of successful partnership arrangements between the Ministry of the Prime Minister and Cabinet through the Samoa Immigration, the Pacific Immigration Development Community (PIDC) and Australia’s Border Authorities”.

“Upon arrival to Faleolo Airport, Sione was taken to the Police headquarters in Apia for questioning and was charged for failing to appear in court to respond to a warrant of committal”.

The CEO of the Prime Minister and Cabinet, Agafili Tomaimano Shem Leo says police are continuing investigations into other related charges including identity fraud.

“The investigation into Mr Sione was launched back in 2017, when the matter was first brought to the attention of the Ministry;

“The investigation found that Sione’s passport application went through the formal passport process, but was not picked up by the system when the passport was processed;

“What that meant was that the document used to process the passport appeared genuine at the time,” said Agafili.

Agafili says that the process of returning Mr Sione to Samoa has been a result of close cooperation between Samoa Immigration and its partners.

“The process of returning him to Samoa has been successful. The matter is now with the Police;

“The Ministry would like to caution the public that the requirements of the Immigration laws are very clear and any attempt to undermine these requirements is a crime, and will be dealt with accordingly,” reiterates Agafili.

“The Ministry would like to acknowledge with gratitude its local, regional and international partners for the support and assistance provided to the Samoa Immigration on this case. God bless you all”.

The Ministry has urged the public to help protect Samoa’s borders by reporting any matters relating to immigration to the Ministry.