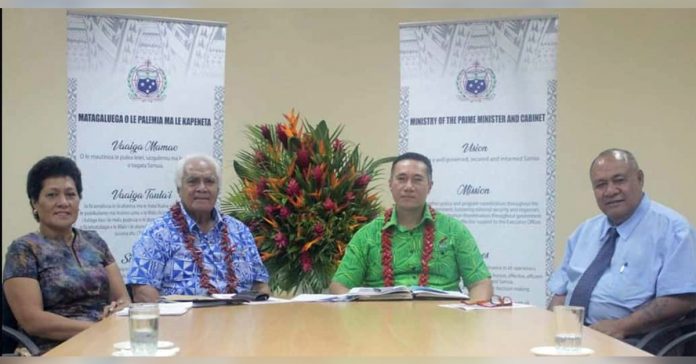 11 April 2019, Apia Samoa. Preparations for the seventh Samoa Honours and Awards Investiture that began in 1993 are now underway.

Conducted on a biennial basis the Honours and Awards ceremony is hosted by the Government “to recognise and award Samoan citizens with meritorious achievements and oustanding service to the country and to the people in all sectors of the economy”.

Since its inception in 1993, the government have conferred awards to 99 Samoan citizens from different fields including government services, agriculture, fishing, tourism, professional services, handicrafts, community services, business, and sports.

A press conference was held today raise public awareness of the selection criteria and requirements for awardees.

The Honours and Awards Committee had extended the due date for applications for this year’s investiture ceremony to the 25th April 2019. All nomination forms and relevant documents can be uplifted from the Ministry of the Prime Minister and Cabinet’s main office at FMFII building Level 4.