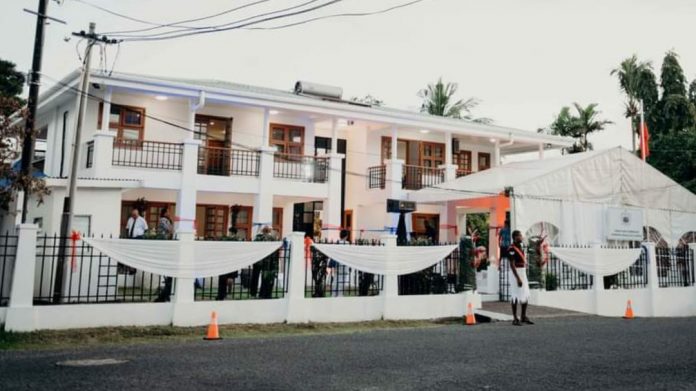 THE SAMOA HIGH COMMISSION TO FIJI HAS FINALLY OPENED ITS NEW CHANCERY IN SUVA.

Samoa’s High Commission to Fiji, though formally established on 5th March 2021, had been operating temporarily from the homes of the High Commissioner and Student Counsellor until its first chancery in Suva was officially opened on 7 June 2022. 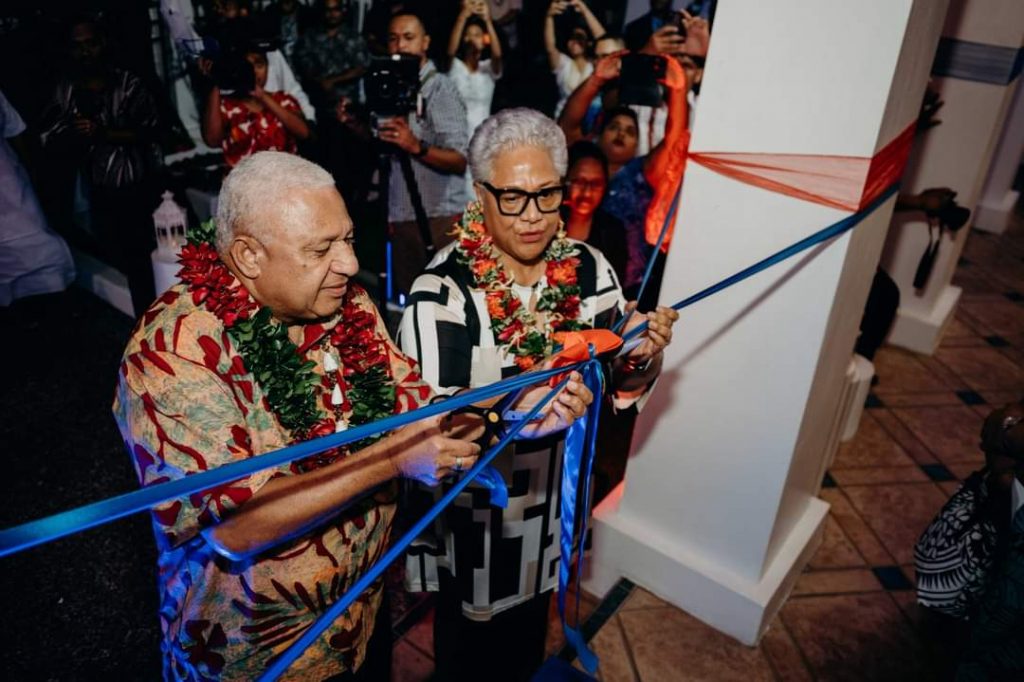 In attendance at the opening ceremony were Prime Minister of Fiji Hon. Josaia Voreqe Bainimarama as chief guest and representative of the Host country, Prime Minister of Cook Islands Hon Mark Brown, Prime Minister of Samoa Hon. Fiame Naomi Mataafa, Cabinet Ministers of Fiji, Diplomats from the Forum Missions in Fiji, Representatives of the Council of Regional Organizations of the Pacific and members of the Samoan community.

High Commissioner Aliioaiga Feturi Elisaia was Master of ceremony and commenced the programme by welcoming and ‘Faafeiloai’ the main guests to the event. Rev. Siu Vaifale of the Samoa Congregational Christion Church in Suva led the convocation and shared passionately about the significance to the Samoan community of the opening of the Samoa House in Suva.

The Hon. Fiame Naomi Mataafa provided the official remarks before the Hon. Josaia Voreqe Bainimarama was invited to deliver the host country remarks. Both leaders shared their excitement on the establishment of the Samoa High Commission in Fiji, which will only further strengthen the relationship between the two Pacific neighboring countries.

The Hon. Bainimarama congratulated the Hon. Mataafa on becoming the first female Prime Minister of Samoa. The appointment of one of Samoa’s most senior diplomats, High Commissioner Elisaia to establish the High Commission in Suva was also acknowledged by both leaders as a sign of how significant this post is for Samoa and its relationships with Fiji. Hon. Mataafa also thanked Prime Minister Bainimarama and his Government for accepting Samoa’s request to have a physical diplomatic presence in Fiji.

The remarks of the two Leaders was followed by the ribbon cutting ceremony performed jointly by them to officially open the chancery, after which they were taken for a tour inside the High Commission’s two story building.

At the conclusion of the formalities, the High Commission hosted a reception for the invited guests outside of the chancery where they were also entertained to Siva and Faafiafiaga by the USP Samoan students.