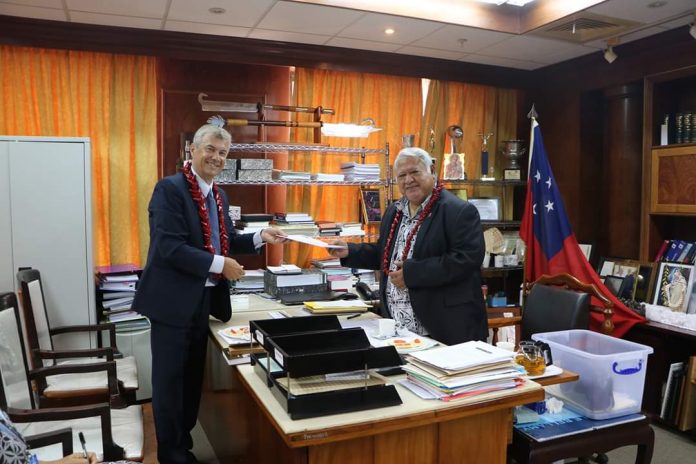 Mr Jorn Sorensen is from Denmark, and comes to Samoa from the UNDP Sri Lanka office where he worked for five years.  He has 25 years of working experience in the United Nations system, primarily for UNDP.

“I am very pleased to be here in Samoa and taking on this role at such a time as this. I intend to continue the great work already done in Samoa by previous Resident Representatives, and to reinforce UNDP’s critical advisory role in driving the sustainable development agenda,” said Mr Sorensen.

Prime Minister Tuilaepa warmly welcomed Mr Sorensen to Samoa and to his new role, and he said he looks forward to working with UNDP on some key development projects particularly in the cross-cutting area of sports and youth.

The PM also gave Mr Sorenson a signed copy of his book, Palemia.

However as part of the UN reform to delink the UN RC system, the role of RR for UNDP is now held separately from that of RC for the UN. 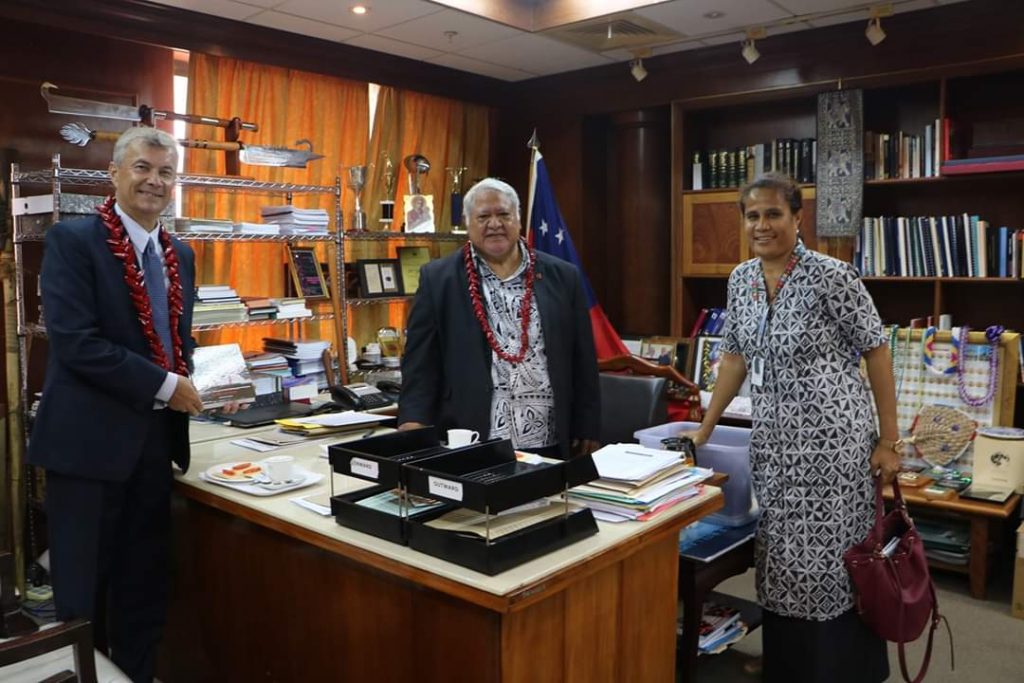 He holds a Master’s degree in International Development Studies from the Institute of Philosophy, Rhetoric and Pedagogic, University of Copenhagen. He also holds a Bachelor’s degree in Management from the Royal Copenhagen Business School. He speaks English and Spanish.

The work of UNDP
UNDP is the UN’s largest development agency. Headquartered in New York, USA, UNDP works to eradicate poverty while protecting the planet. It helps countries develop strong policies, skills, partnerships and institutions so they can sustain their progress.
UNDP was established in Samoa on July 1st, 1979.
UNDP partners with people at all levels of society to help build nations that can withstand crisis, and drive and sustain the kind of growth that improves the quality of life for everyone. On the ground in nearly 170 countries and territories, we offer global perspective and local insight to help empower lives and build resilient nations.
www.undp.org