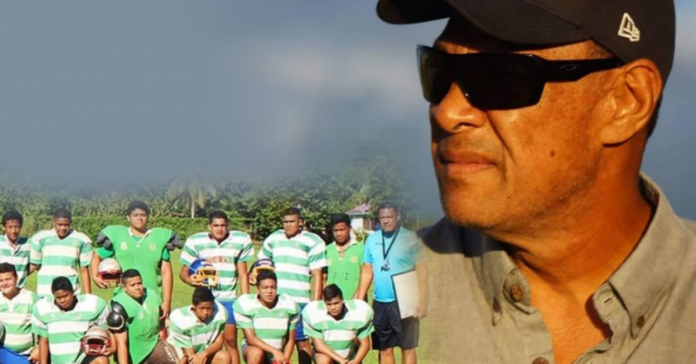 The Samoa Gridiron program started in April 2017 by the late Agatupu (Coach Tupu) Leafo have announced the names of nine Year 13 and Foundation students who will travel to the United States in June this year.

The students have been selected to attend five college camps with the chance to audition in front of over 100 coaches with the hope to impress and win a 4 year scholarship.

During a press conference this morning, co founder and current program leader of Samoa Gridiron Callum Jones said, “The program was the dream of the late Coach Agatupu Leafo;

“His vision was to bring the latest coaching methodologies from the US to Samoa, using American Football as a vehicle to build self-confidence, self-reliance and resilience, needed by our student-athletes to succeed both in the classroom and in life,”

“Coach Tupu was an amazing mentor, motivator and champion for the student-athletes in his care;

“His goal was to provide an educational pathway for the youth of Samoa by providing access to scholarships in the USA”.

In a historical move, the Samoa Gridiron program hosted Tafuna Warrior in June 2017 to play the first ever game of high school football in Samoa.

Callum says the team has gone from strength to strength since that first match, working hard on the field, in the gym and most importantly in the classroom.

“With the sudden passing of Coach Tupu in September 2018 the student-athletes in our program doubled their efforts to honor Coach and realise his dream,” said Callum. 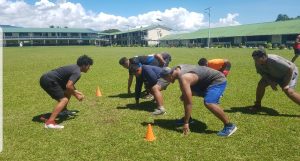 The nine students are:

Callum will travel with the players who will be attending camps at Contra Costa College, San Jose State University, Stanford University and Cal-Berkeley. The Samoa Girdiron program are still fund raising for their travel costs and will be hosting a golf tournament at Faleata Golf Course on Saturday, 11 May.

“Registrations will be open until 8am on that day and this is an opportunity for our local community and those who Coach Tupu helped to support this endeavor,” said Callum.

“This is an extremely exciting opportunity for the players selected and generations to come;

“Achieving a scholarship will be life changing for the young players and their families.”

Callum thanked the sponsors and organisations who had helped them along the way.

“I would like to thank AYFS and Tafuna High School from American Samoa for their willingness to help and to give our teams competition to play. Eveni Sport and SSAB for the consistent support of our endeavors, and of course the students in our program for their commitment and efforts to help this program succeed.