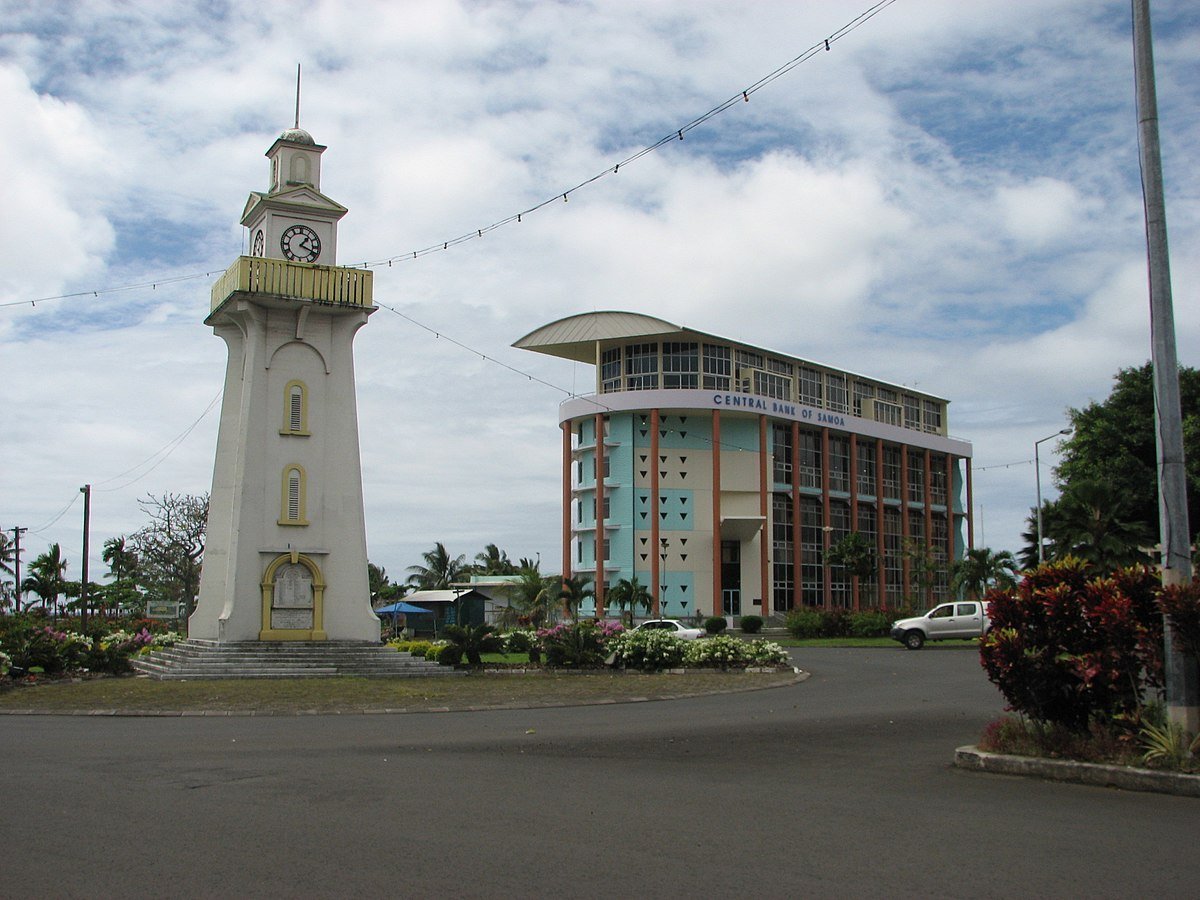 The Central Bank of Samoa has issued a statement to acknowledge the severe economic impact caused by the Coronavirus (Covid-19) pandemic with a revised prediction that Samoa’s economy will contract by 6.6 percent in real GDP this year.

The necessary measures undertaken to protect human lives and contain the further widespread of the greatest health crisis of our time, has directly impacted tourism and remittances. As the IMF predicts a 3% contraction of the global economy, CBS confirms the severe impacts on Samoa.

The steep econimic downturn forecasted for Samoa is linked to the gloomy economic outlooks in its major trading partners.

The economy of Australia is predicted to contract in its annual real GDP by -6.7 percent, New Zealand by -7.2 percent, and the United States of America by -5.9 percent in 2020.

“These unprecedented global economic developments and outlook may severely impact Samoa’s own economic performance in the next twelve months”, reads the statement.

The Central Bank says its forecast for a contraction from -2.2 to -5.0 percent in real GDP for the year ending June 2020, is “highly susceptible” to three key elements:

1. the effectiveness of the implementation of any relief and/or stimulus policy package(s),
2. the tightened or restrictive measures on domestic and international activities, and..
3. the adverse implications on our main source markets (New Zealand, Australia and the United States of America).

CBS now predicts real GDP for Samoa to contract by -6.6 percent in the year ending December 2020.

“Going forward, as the extent of current containment measures and global developments will start to be fully realized over the next six to nine months, we forecast real GDP to further contract by -6.6 percent in the year ending December 2020”

“This is reflecting the expectation of prolonged closure of international borders which will result in no tourism arrivals in the next six or so months and the recessionary effects in our main trading partners that would limit any external demand or flows into Samoa”.

These forecasts, similar to those by the IMF, are associated with a high degree of uncertainty. The projected growth path for Sāmoa was based only on the information available up to 23 March 2020. Given the ever-changing global developments as a result of Covid-19 measures by various countries as well as our Government’s anticipated policy responses in the next few months, these forecasts will also highly likely to change as new information becomes available.

Within 3 months the International Monetary Fund’s latest World Economic Outlook (WEO) predictions have been turned upside down as the greatest health crisis of all time takes its toll on the global economy. IMF now predicts the global economy will contract by 3% this year as countries around the world shrink at the fastest pace in decades.

The CBS reports, “According to the International Monetary Fund’s latest World Economic Outlook (WEO) released on 16 April 2020, the world economy is predicted to contract sharply by -3.0 percent in 2020, a major downward revision from the 3.3 percent real growth for 2020 that was projected in their January 2020 WEO Update”.

It is not rocket science to see that the turnaround in the world economic outlook is due to disruptions in international travel and trade due to the nation-wide lockdowns now taken by all countries around the world.

The CBS reiterates the uncertainty felt by the global economy, with comparisons to economic crisis of the past however, the 1997 Asian Financial Crisis and the 2007/2008 Global Financial Crisis (GFC) did not impact remittances and tourism such as the current pademic.

Evident in Samoa is the widespread impact amongst thousands left jobless and without their usual source of income since the national lockdown and closures to international borders,  noting that toursim and remittances together contribute to more than two thirds (2/3) of Samoa’s GDP.

“In these very challenging times, there is a high degree of uncertainty in the extent to which any economy will fare as the economic consequences of the Covid-19 pandemic is yet to be fully realized or how successful the various containment measures by different countries will be over in the coming months”.

“The Covid-19 pandemic is likely to have a sharp downturn on the global economy…and Asia is predicted to register zero percent growth in what may be its weakest performance in the last 60 years, even worse than that during the GFC and the 1997 Asian Financial Crisis”.

The IMF is said to have made a downward revision for the Pacific region, predicting an average -2.7 percent contraction in 2020 across the region…, “reflecting our high dependency on tourism, remittance and commodity exports, all of which will be critically impacted from current developments”.

“The extent of these economic downturns varies across the Pacific island countries, with Palau being the worst affected, with a forecast annual reduction of -11.9 percent to a -0.2 percent contraction forecast for the Marshall Islands”.

“Given this weak economic outlook, the Central Bank of Sāmoa is committed to maintaining an accommodative monetary policy stance to further enforce and support the private sector and the general public in the months ahead.”

The latest available economic data indicates low inflation and the continued adequate supply of foreign reserves. At the end of February 2020, headline inflation was recorded at 1.9 percent (well below the 3.0 percent long term target), with the country’s foreign reserves amounting to SAT$498.4 million, which was more than sufficient to cover 6.4 months of imports of goods.

CBS says financial aid assistance for Government has been steadily received in March from our development partners and that, “this will further bolster the level of foreign reserves in the months ahead, to support the country’s international trade and other obligations with the rest of the world”.

In respect of Samoa’s financial system the Central Bank says it continues to engage with the Commercial Banks’ Association on a weekly basis “to ensure the soundness of the banking system in view of any current and future disruptions to domestic economic activities”.

The CBS continues to “strongly encourage any individual or business to approach your respective bank or financial institution early on if you foresee a likely financial difficulty that would affect your debt servicing obligations”. 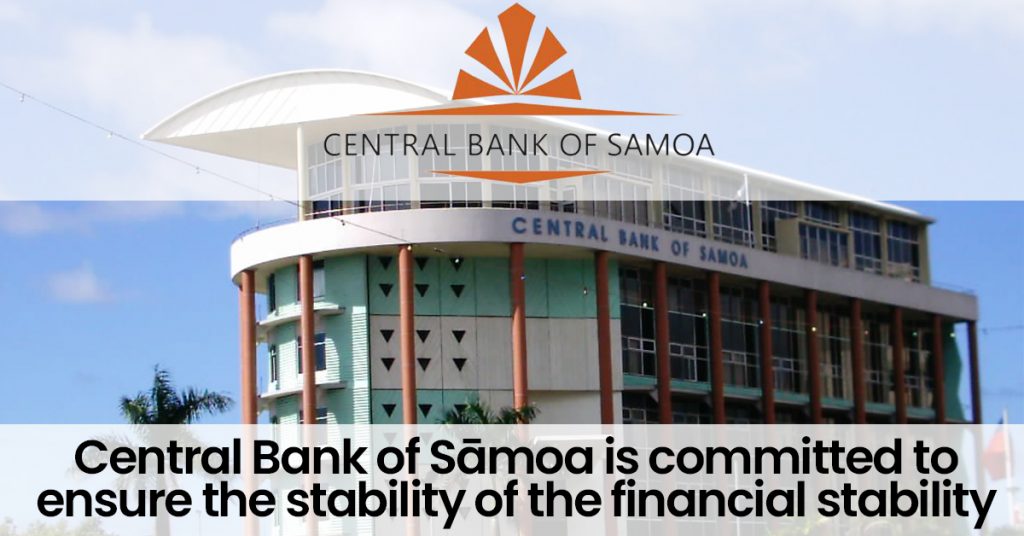 “International and domestic downside risks have continued to rise in recent weeks and will remain elevated for some time. The CBS will prudently and continuously monitor these developments and their impact on the financial system, the economy, and will also adjust its monetary policy where appropriate”.

Positive growth is not expected until next year. “We project some economic recovery to take place in 2021, with the real GDP forecast to contract to around -1.7 percent in the financial year to June 2021, and positive real growth of around 1.1 percent in the year ending December 2021.”