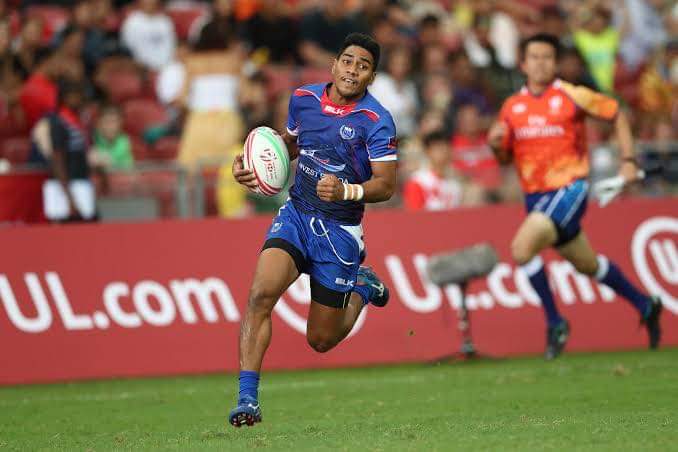 Samoa has finished in 4th place after losing a close encounter with England by 19-17.

A mistake early in the match by Samoa gifted England an easy try under the post to take a 7-0 lead.

Alamanda Motuga scored a runaway try after breaking an English tackle with a massive fend to the face.

Tomasi Alosio missed the conversion but Samoa scored again within seconds of the kick-off to lead 12-7.

England still had fight and took back their lead on the stroke of halftime at 14-12.

England attacked well to start the second half before Tofatu Solia picked up a fumbled English pass and powered his way to the tryline to put Samoa ahead 17-14.

Samoa received their 3rd yellow card of the tournament for a high tackle which put the boys in blue under a lot of pressure.

Samoa showed a lot of heart and fought to the dying minutes of the game but England stayed focused with solid defense, taking the 3rd place medal.

An emotional  Captain Tomasi Alosio dedicated the win to Samoa, remembering the nation’s struggle to combat a measles outbreak that has claimed 65 lives, mostly children under 5.

“Wherever we end up in this tournament,..we dedicate it to the people back in Samoa, especially those who are suffering from the measles epidemic,” Alosio had said after the quarter final win to Australia.