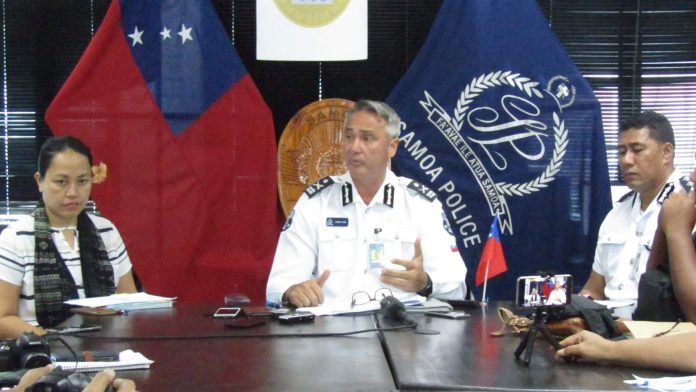 Lockdown for Samoa has seen a marked increase in criminal activity across the board for Samoa, compared to the same time last year.

Police Commissioner Fuiavailiili Egon Keil called a press conference earlier today to share the stastistics of what Samoa has faced since the start of State of Emergency Orders on the 21st of March 2020.

Overall crime went up by 64%. Crimes against a person such as assault and insulting words is up by 36%, crimes involving intentional damage to property has doubled and domestic violence has increased by 33%. There has also been a marked increase in burglary and theft.

“In comparing last year to this year the statistics went up in domestic violence and also reported crimes to Samoa Police;

“The calls for general services went up, the only thing that actually came down, contrary to what we see in the papers, are traffic related incidents that have actually gone down,” said Su’a.

There have been 587 arrests in total during the lockdown; 525 in Upolu and 62 in Savaii.

The Police Commissioner says this is a significant amount compared to last year.

The Ministry of Police has revealed that to date, they have collected a total revenue of $21,200 tala frrom close to 100 tickets and fines issued during the SOE. These have been from violation of public transportation mainly buses, supermarkets that did not close on time, street vendors, public gatherings like Bingo and other public transport like alias caught carrying people from Savaii to Upolu or Uplou to Savaii.

Commissioner Keil told the media that the funds collected is handed across to the Ministry of Finance. 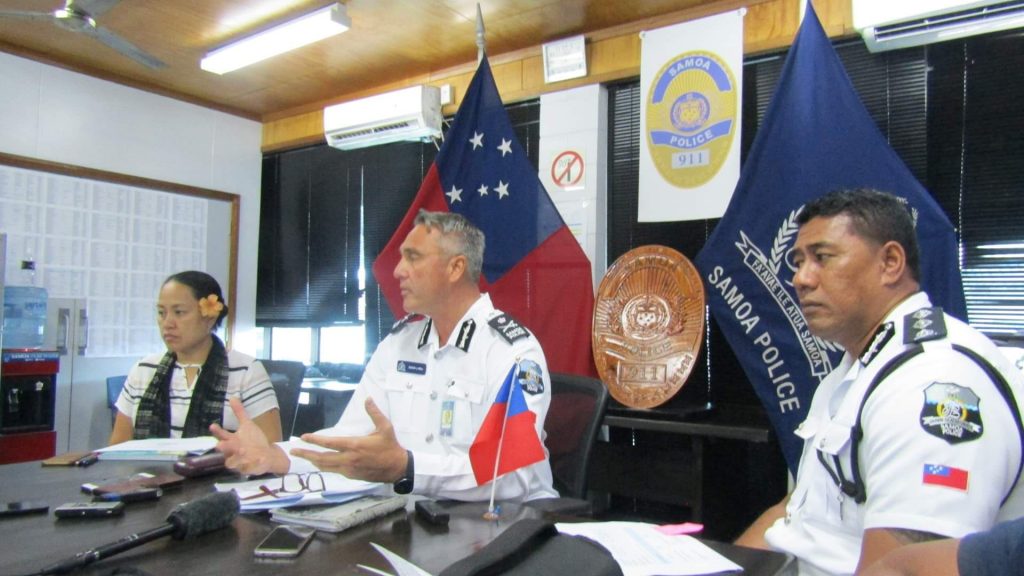 “That money doesn’t come to us, we bank it and it goes to Ministry of Finance; 98 tickets were issued here in Upolu and only 1 ticket was issued in Savaii.”

Police also issued a total of 335 warnings in a total.

Commissioner Keil explained that the process is to give out a verbal warning first, followed by written warning before a written ticket is issued.

“We are trying to apply the spirit of the law so we do give chances, so we warn, we advise the council, and the last resort is writing that ticket or making an arrest”.