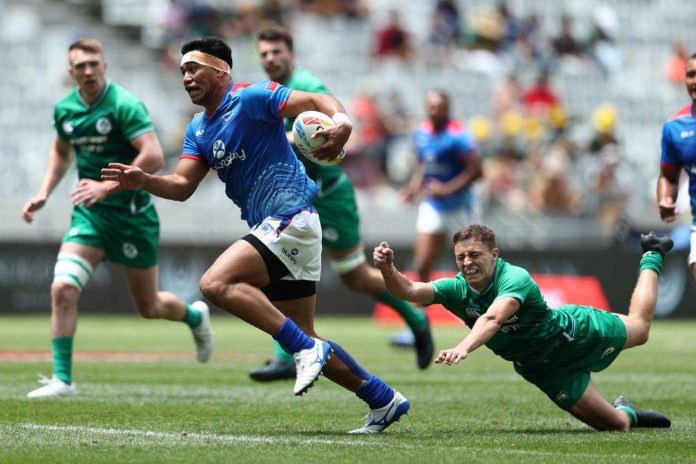 After a disappointing leg in Cape Town, Samoa have found themselves in the pool of death for the upcoming Hamilton 7s scheduled for 25&26 January 2020.

With high expectations, they head into the second leg in Cape Town but Samoa did not perform at their best, losing all their pool games to Australia, Kenya and Ireland.

The men in blue secured a 13th place finish in Cape Town after defeating Spain on day 38-7.  An inconsistent result and performance given their 4th place finish just a week prior. 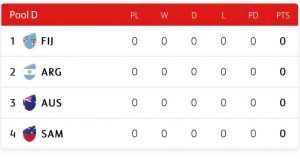 This 13th place finish meant Samoa was drawn into pool D in Hamilton along with Fiji, Australia and Argentina.

The new tournament format in Hamilton sees that only the 1st placed team in each pool will proceed to the Semi-Final for the Cup. There are no Cup Quarter-Finals in Hamilton, which means Samoa must TOP their pool for any hopes in a Cup win.

It is Sir Gordon Tietchens’ final year of a 4-year contract and the current inconsistencies in the team have been the pattern since the 7s rugby legend took over the Manu 7s. There has been a notable consistent pattern of the boys in blue doing worse in the second leg of tournaments.