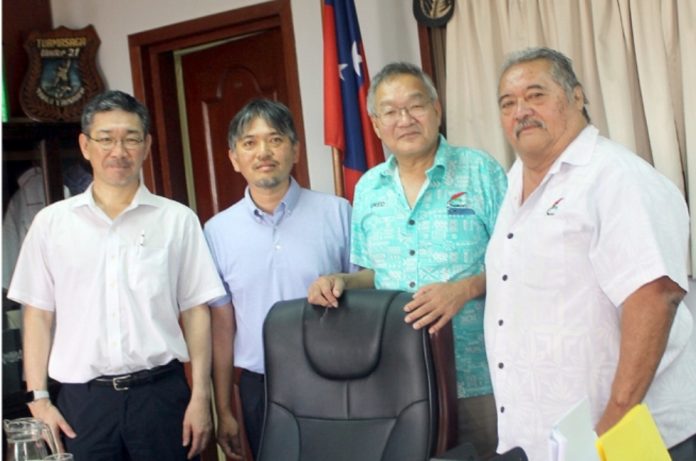 29 July 2019, Apia Samoa. Press Secretariat. Government is negotiating with the Japan based Akabira Orchids to form a partnership in developing Samoa’s vanilla and orchid industries.

And Sala is welcoming the proposal with open arms saying it’s the answer to the Government’s prayers.

“Government especially the Prime Minister has been longing to develop vanilla and orchid to become two of our biggest export commodities,” said Sala.

“With the proposal from Akabira, the possibilities are good and achievable.”

Through the locally based JICA, Akabira will provide technical experts to train STEC and Samoa Research Organisation of Samoa staff.

A laboratory will be established with multiple objectives;

Once formalised by Cabinet, initial consultations with vanilla and orchid growers along with local stakeholders is expected to start before the end of the year.