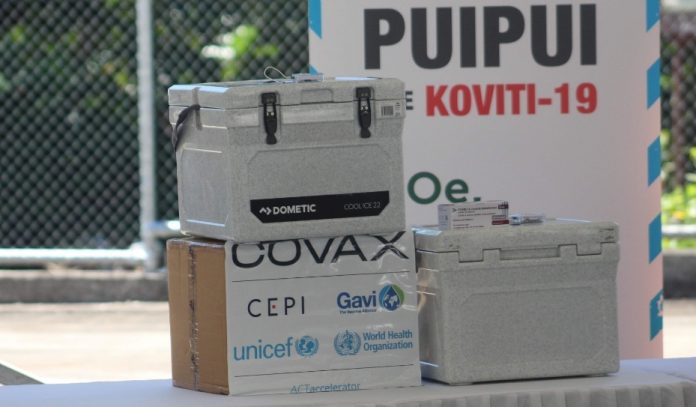 The roll-out for Samoa’s Covid-19 vaccination programme will be delayed as health officials consider concerns recently raised out of Australia, the UK and Germany.

This was conveyed by Director General of Health, Leausa Dr Take Naseri at a special ceremony held this morning to mark the arrival of 24,000 vaccinations for Samoa received through COVAX.

During his presentation at the official presentation of vaccines this morning, Dr Naseri said a delay of just one or two weeks is expected.

“The plan was to roll out vaccinations within three to five days of their arrival, however, due to latest developments in Australia, as well as Germany and the UK, the roll out for Samoa will be delayed for a week or even two, while we make a thorough assessment,” said Leausa.

On the same day Samoa’s vaccines arrived into the country last Friday, the Australian Technical Advisory Group on Immunisation, which proves independent expert advice to Australia’s Health Minister, recommended adults aged under 50 receive the Pfizer vaccine as the preferred choice over Astra Zeneca. Australian Prime Minister Scott Morrison said the recommendations were made with an abundance of caution due to the rare but serious side effects, which have mostly been associated with younger people.

Samoa will delay for precautionary measures but doed intend to roll out the first 24,000 vaccinations provided by COVAC.

At a press conference this afternoon, Chair of the National Emergency Operations Center and the Director General of Health assured the nation that their commitment to maintain the health of safety of Samoa throughout the global pandemic, continues.

Agafili Tomaimano Shem Leo called for responsible reporting and accurate messaging as Samoa prepares for the roll-out of vaccines, to involve village councils, women’s committees and village representatives in order to maintain close coordination with communities.

Leausa confirmed that all 24,000 pre-mixed doses will be rolled out to 24,000 people, with the second dose arriving within the ideal 8-12 week period between shots.

The Director General also highlighted that other Pacific Island countries such as Fiji and Tonga have already began covid-19 vaccinations, and so far they have not experienced any issues. 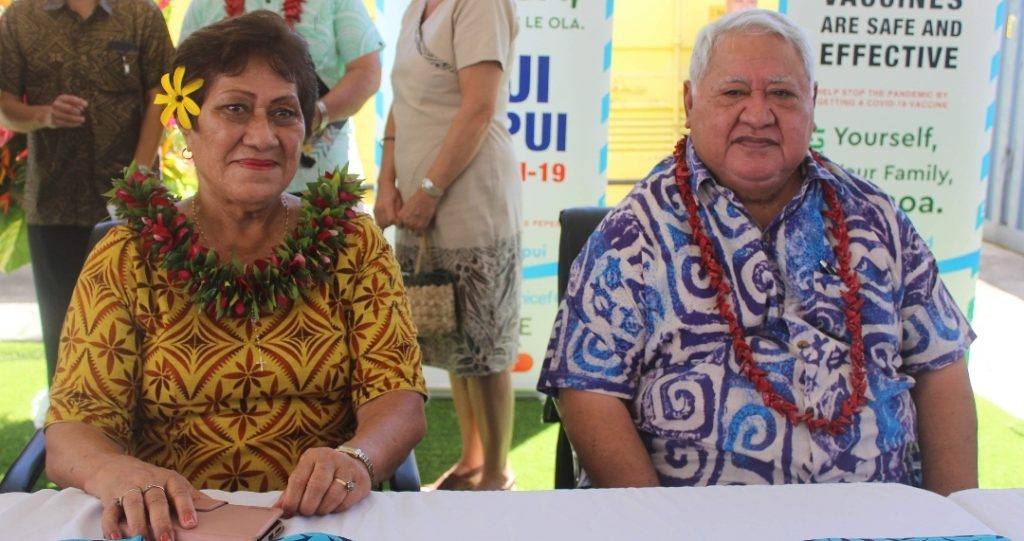 Caretaker Prime Minister Tuilaepa Dr Sailele Malielegaoi together with the Minister of Health Faimalotoa Kika Stowers both attended the official handover ceremony of vaccines this morning.

Hon. Tuilaepa thanked Samoa’s development partners for the joint efforts and support offered to Samoa as it continues to maintain its Covid-free status.  The caretaker Prime Minister also encouraged the country to give their support to the Ministry of Health with their roll-out plan for vaccinations.

Asked if he would be the first to be vaccinated, Tuilaepa offered a lighthearted joke that he wanted to wait and be jabbed together with FAST party leader, Hon Fiame Naomi Mataafa.