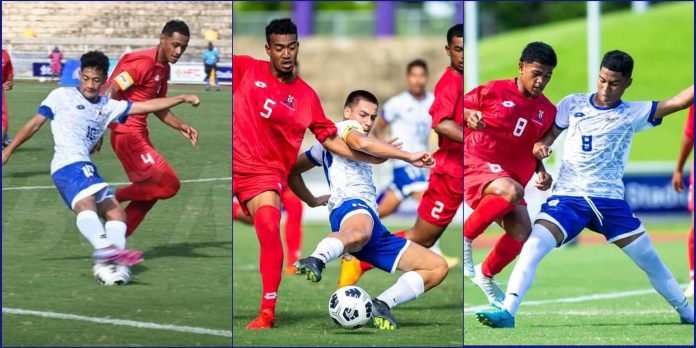 Samoa have bounced back into contention at the Oceania Football Confederation (OFC) U17 Championship 2023 with this afternoon’s 6-0 win over Tonga.

Samoa had conceded a 3-0 loss in their opening game on Friday to tournament hosts Fiji prompting Samoa’s Head Coach Desmond Edward to make two changes to his starting side against Tonga.

Jason Goble-Lote came off the bench to line up in the midfield and earned himself the Player of the Match.

Cayden Steffener also moved to the starting 11 to partner his captain Pharrell Trainor.

How the Match Played Out by OFC Media

After that, Samoa started a good period of domination. There was almost an own goal by Tonga’s Nikolasi Vakatapu, who almost deflected a low cross by Ethelbert Edward past his goal keeper, but luckily it went wide.

Tonga’s luck soon ran out when a powerful shot by Alex Malauulu went just over the bar. Trainor made a big run off a defensive miscue, getting into the box and getting a shot off for Ethelbert Edward who was in a good position to knock in the deflection and secure Samoa’s first goal after 20 minutes.

Samoa’ s Captain didn’t have to wait long to get his name on the scoresheet with the first of his four goals.

The Newcastle Jets U21 squad member showed a cool head to finish a well-poached chance as the Tongan defence gave the ball up only three minutes later.

Edward took Tonga’s deficit to four when he finished off a well-placed long ball that found him all alone with no Tongan defense.

The Head Coach started to roll in his bench, bringing on Talaleilei Taituuga in goal to give his back up keeper some minutes. Taituuga was almost in the action early as Tonga enjoyed their best period of possession in the game, but despite some good space created by the midfield, the forwards couldn’t cash in due to some committed Samoan defence.

However, Tonga kept pressing and almost pegged a goal back thanks to substitute Puluno Kafoa. His shot drew a fine save by Taituuga.

Samoa gradually absorbed the pressure and extended their lead as Tongan legs tired. Trainor positioned himself well to take a cross near the penalty spot before knocking home a hot with his right foot to complete his hat trick. But the big striker wasn’t done, slotting home his fourth in the 85th minute to complete an emphatic with for Samoa.

Samoa’s Under 17 soccer team is coached by former double international Desmond Edward (Desmond Faaiuaso in his playing days). The 38 year old holds the record for most caps and the most goals for Samoa in football soccer.

Edward made his debut for Samoa in an April 2001 FIFA World Cup qualification match against Tonga and scored four goals in his second international, against American Samoa.

In 2004 Desmond Faaiuaso was selected for the Samoa national rugby sevens team for the 2004 Hong Kong Sevens. He was Samoa’s top try-scorer in the tournament. He was also named in the Samoan team for an Under-21 Rugby World Cup qualifying against Fiji later the same year.

OFC U-17 Road to Quarterfinals

There are 9 nations represented in the Oceania Championships with PNG having missed out reportedly due to a late registration issue.

Tonga will need to beat Fiji by more than six goals to move Samoa from it’s current second place in the group. The second placed team in Group A is set to play Tahiti in the quarterfinal while New Zealand awaits the third placed team.

The top two teams of the tournament will qualify for the 2023 FIFA U-17 World Cup in Peru as the OFC representatives.

New Zealand are the seven-time defending champions, having won the most recently played edition in 2018. In Group B the Kiwis narrowly beat New Caledonia by 3-2 in their first match before defeating American Samoa 11-0 on Saturday.

American Samoa will face New Caledonia next and still have a chance to progress to the quarterfinals, as the 3rd placed team in Group B will face the winner of Pool A. 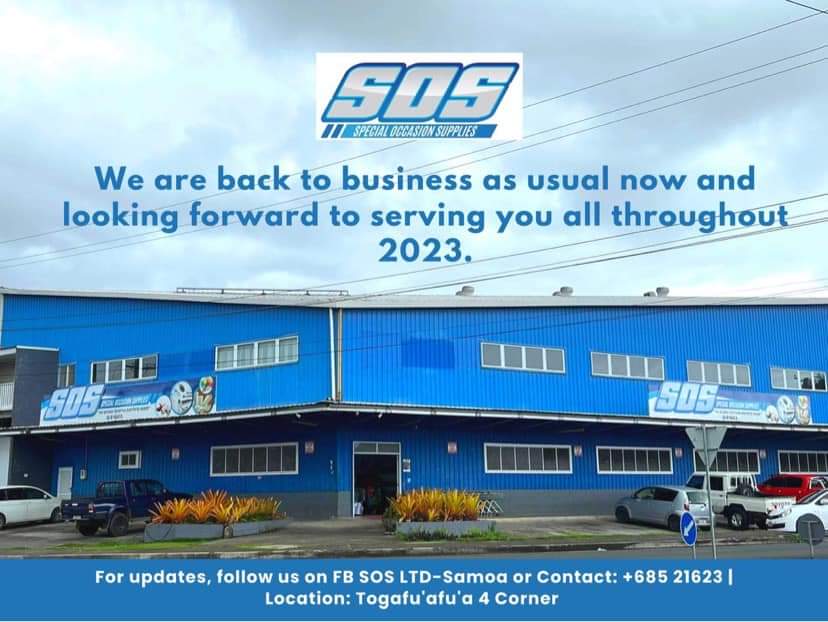