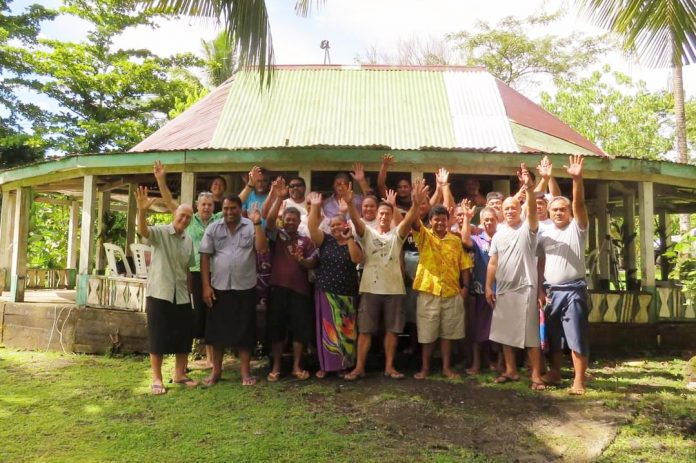 Samoa’s Conservation Society (SCS) have successfully wrapped up another phase of its long term forest restoration project at O le Pupu Pue (OLPP) National Park in the South of Upolu.

High chiefs of Poutasi and Saleilua villages attended the wrap-up workshop, together with village workers from Saaga, Poutasi and Saleilua and representatives from SCS’s main project partner – the Forestry Division of MNRE (Ministry of Natural Resources and Environment).

In this phase of the project, more than four hectares or 10 acres of degraded land in the park has been restored – while 10,400 native trees have been planted. More than 30 youth were employed and trained in forest restoration techniques as part of this latest phase.

“When fully grown around 2,280 tonnes of CO2 will be absorbed by the trees planted; making a major contribution to Samoa’s efforts to combat climate change”.

“These trees will also boost the biodiversity of the OLPP National Park, the first National Park in the South Pacific, which has unfortunately been degraded from cyclones and the spread of invasive species,” he adds.

The project continues as an initiative that SCS began in 2016 to promote forest restoration and carbon offseting at the OLPP National Park.

Since 2016 SCS has supported the planting of more than 25,000 trees in the park and involved around 100 community members in tree planting and restoration efforts.

The SCS President acknowledged representatives from all its partner organisations who have made this project possible.

“In particular our main project partner the Forestry Division of MNRE, our project donor, the US Forest Service’s Pacific Islands Forest Restoration Initiative (PIFRI) and most especially the matai and youth of our three partner villages of Poutasi, Saleilua and Saaga, as well as the Poutasi Development Trust”.