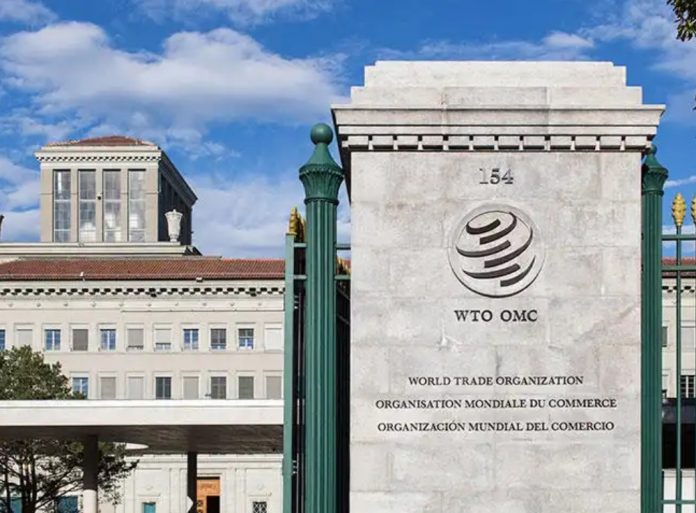 17 April 2019, Apia Samoa. Much interest was shown by WTO member countries during Samoa’s  first Trade Policy Review held in Geneva this week with 19 delegations taking the floor and more than 70 written questions submitted by members.

Trade policy reviews are mandated by the World Trade Organisation (WTO) for all its member countries. The frequency of review depends on the country’s size and Samoa’s first review comes after 7 years since WTO accession in 2012.

Samoa’s review was chaired by HE Manuel Teehankee, Ambassador of the Philippines with the Ambassador of New Zealand HE Dr. David Walker as the discussant. Samoa’s delegation was led by Honourable Lautafi Fio Selafi Purcell, Minister of Commerce, Industry and Labour who delivered Samoa’s national statement.

“Samoa informed that addressing Non-Communicable Diseases particularly child obesity is a national health priority as these diseases are among the leading causes of morbidity and mortality in Samoa;

“It is therefore important that trade policy as a tool is available to address these important health issues. It is Samoa’s intention to undertake an assessment of the impact of these recent tariff measures on the health and consumption patterns of Samoa’s population.”

As stated in the Chairmans summary report of the review, “Several Members noted with concern that the applied tariff rates on certain products appear to exceed Samoa’s tariff bindings, and encouraged it to bring these tariff lines into compliance with its scheduled WTO commitments;

“Some Members sought clarification regarding the implementation of the planned 20% excise tax on food items with a high fat, sugar or salt content.”

The Chairman’s summary remarks also stated that WTO Members had praised Samoa for the overall good performance of its economy reporting an annual GDP growth rate of close to 2% between 2012-2018.

“The economy proved resilient in the face of the devastation caused by cyclones Evan in 2012 and Gita in 2018, as well as the closure of the country’s largest manufacturing plant in 2017;

Members commended Samoa on its commitment to engage in an open, non-discriminatory and transparent multilateral trading system however, the Chairmans report also refers to Samoa’s obligations under WTO.

“They invite it to further enhance its participation in the WTO, by fulfilling outstanding notification obligations in areas such as agriculture, customs valuation, and SPS and TBT measures.”

The review highlighted the many reforms undertaken by Samoa since its accession to WTO.

“Members congratulated Samoa on the reforms undertaken since its accession, in areas such as customs legislation and clearance procedures; taxation; SPS legislation; and competition policy;

“They also welcomed the reforms aimed at strengthening its IP regime and joining certain WIPO treaties, while recognizing Samoa’s recent accession to the International Registration of Marks Protocol of the Madrid Agreement”.

Samoa was also commended for its “active participation in the WTO negotiations on fisheries subsidies and its sponsorship of the MC11 Ministerial Statement on Fossil Fuels Subsidies Reform, and of the Joint Declaration on Trade and Women’s Economic Empowerment”.

The Chairman’s report concluded with Samoa being “encouraged to maintain its generally open trade and investment policies, and supported its efforts to continually improve its business environment”.

“Samoa was reminded that a WTO-consistent trade and investment regime should help it achieve its own development goals.”

“The need for technical assistance to enhance Samoa’s institutional capacity was widely recognized.”

The WTO process states that the purpose of such reviews is to ensure that “trade and related policies are examined and evaluated at regular intervals” and “significant developments that may have an impact on the global trading system are monitored”.