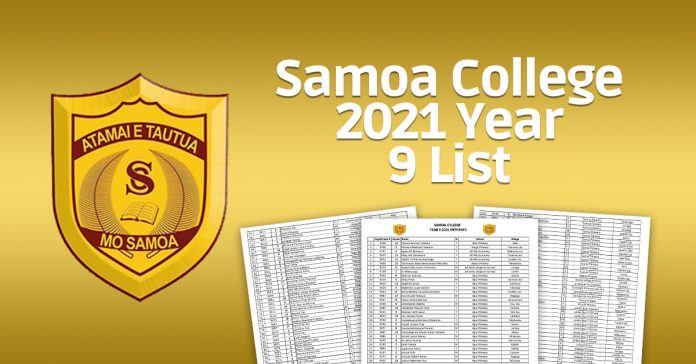 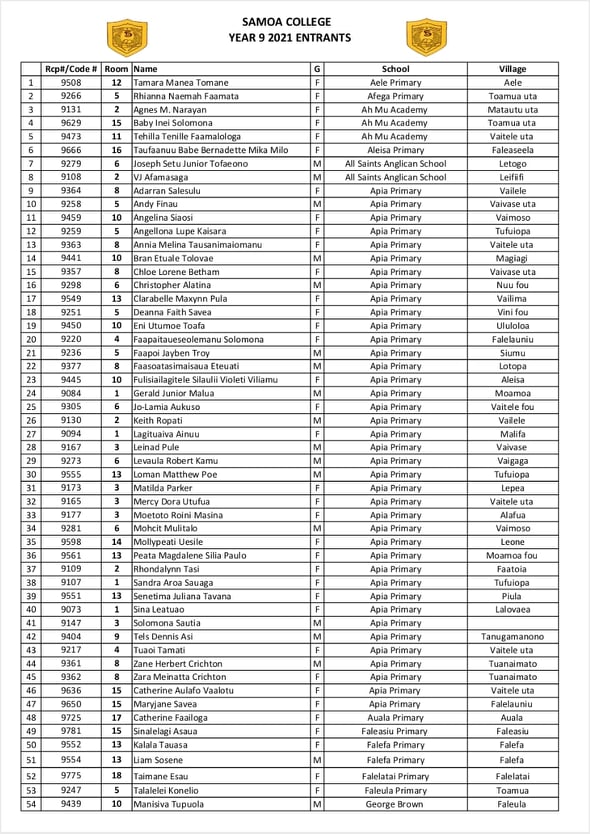 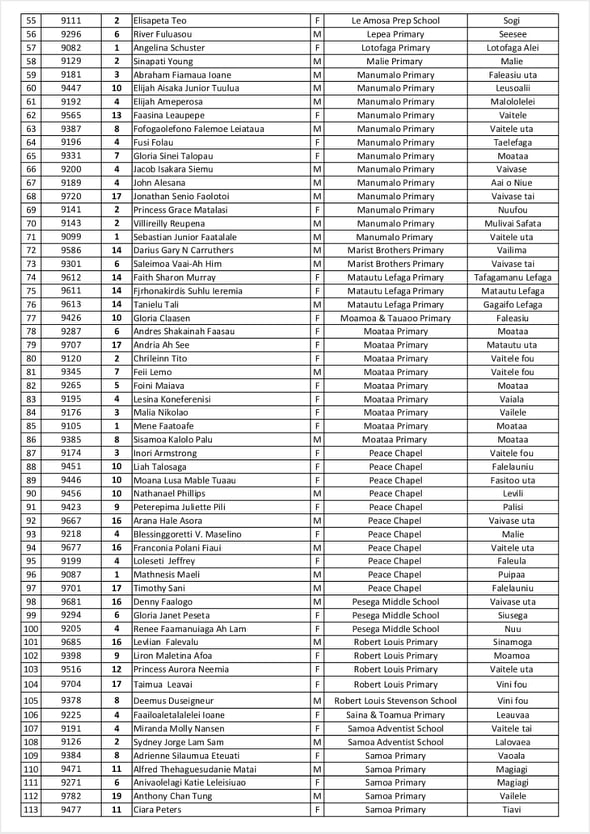 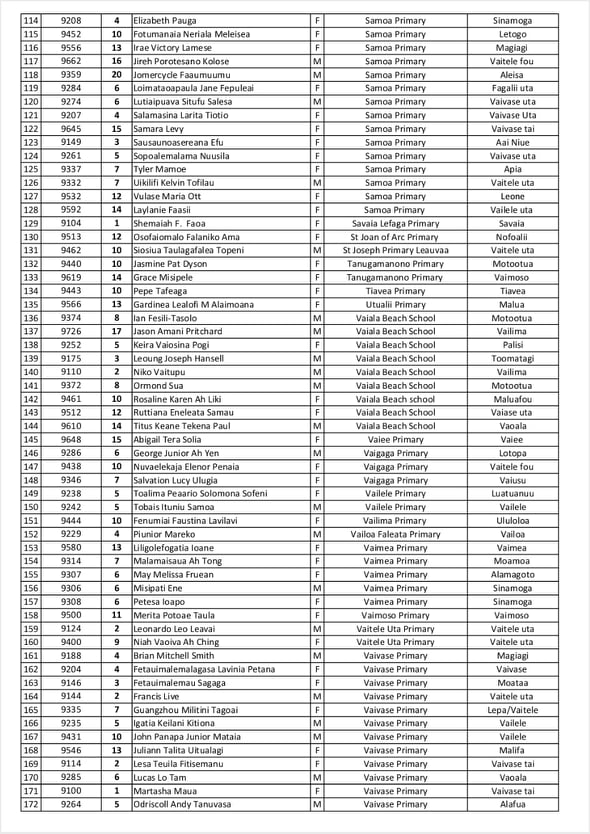 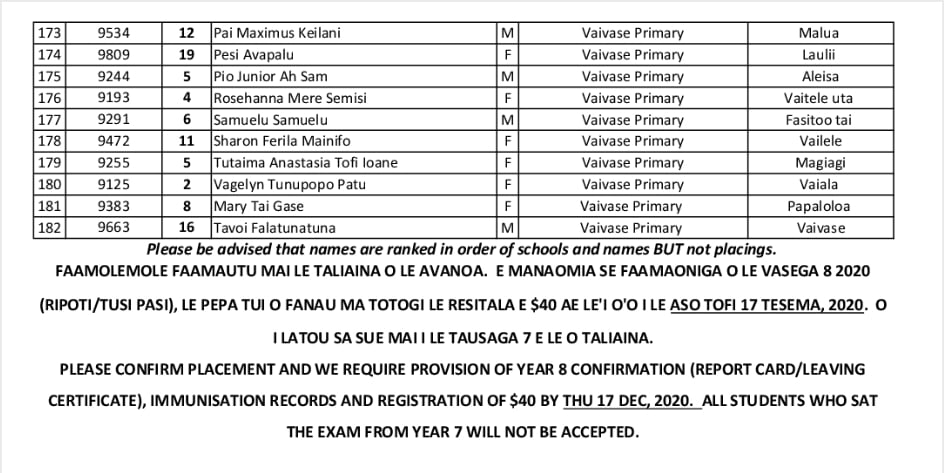 Manumalo were offered 13 placings, Peace Chapel 11 and Moataa Primary 9. All 9 Vaiala Beach School students who sat the exam, also made the cut.

Many more schools across Savaii and Upolu including primary schools from Manono and Apolima had registered students but were not successful.

Samoa College School Principal Ms Karene Faasisila confirmed that 804 students had registered to sit the entrance exams, that comprises a two-hour English paper, followed by a two-hour Math paper. There were 26 no-shows, so the the total for 2021 was 778.

The 182 students who have made the cut equates to only 23% of those who wanted to attend one of Samoa’s most influential colleges, established in 1953.

The school started its entrance exams in 2014 and since then, the number of primary school students that travel from across Samoa to try out for a place has ranged from 535 (2019) to 927 (2018). Ms Faasisila says the drop in 2019 was because they had disallowed Year 7 students to sit. The number has, however, climbed back up this year to 778.

There are 34 teachers at Samoa College for the 5 levels of high school. This has meant that both Ms Faasisila and her Vice Principal continue to carry full teaching loads in addition to their admin work.

The exams are set and marked by the 10 teachers who teach Math and English at Samoa College. They were seen working late into the night, everyday this week, to mark the papers and have the results released in time for the weekend.

The tapuaiga of parents, grandparents, family and even teachers from Primary Schools as far as Falealupo, spanning across Samoa to Aleipata, were seen sitting in prayerful anticipation last Tuesday as their children sat the back-to-back exams.

Ms Faasisila said she does sympathise with the hundreds of students who miss out every year, however, the college is only able to offer placings for five Year 9 classes, which they try to max at 35 students per class.

This year for the first time, Avele College held their entrance exams on the same day as Samoa College. This stopped many students from being able to try for a placing at both high schools.

A mother whose son attends Vaiee Primary school said she would have liked for her son to try out at Avele, but given the clash of dates, he chose Samoa College. She says if there is no placing for her 13 year old son, then they would be looking to sending him to New Zealand for schooling.

Dedicated teachers from Letogo and Vaimoso Primary Schools were seen sitting together, chatting in cheerful spirits as they waited for their students.