8 February 2022, Apia Samoa. An updated release from Samoa’s Ministry of Health confirms Samoa has closed its borders to several countries identified as high risk including the United States, Australia, Fiji, the United Kingdom and from Europe – Germany and Belgium.

Entry into Samoa is also denied to travellers from or in transit through South Africa, Botswana, Eswatini, Lesotho, Malawi, Mozambique, Namibia, Seychelles and Zimbabwe.

Samoa has had its borders closed to international travel since March 2020, however, pre-approved repatriation flights for citizens wanting to return home had continued in the past two years.

The updated travel advisory dated 6th February states that anyone from the listed countries “are NOT permitted to enter Samoa”.

The advice published below in verbatim contains important information for Samoan citizens looking to be waitlisted for a return flight home.

Those wanting to register for a repatriation flight to travel to Samoa are asked to contact the Chief Executive Officer of Samoa’s Ministry of Foreign Affairs and Trade, Peseta Noumea Simi or the Chair of DAC (Disaster Advisory Committee) Agafili Tomaimano Shem Leo, or any of Samoa’s Mission Offices overseas.

Samoa’s already stringent pre-departure requirements for passengers and repatriated citizens are spelt out again in the latest advisory, with even tighter controls and requirements now added. 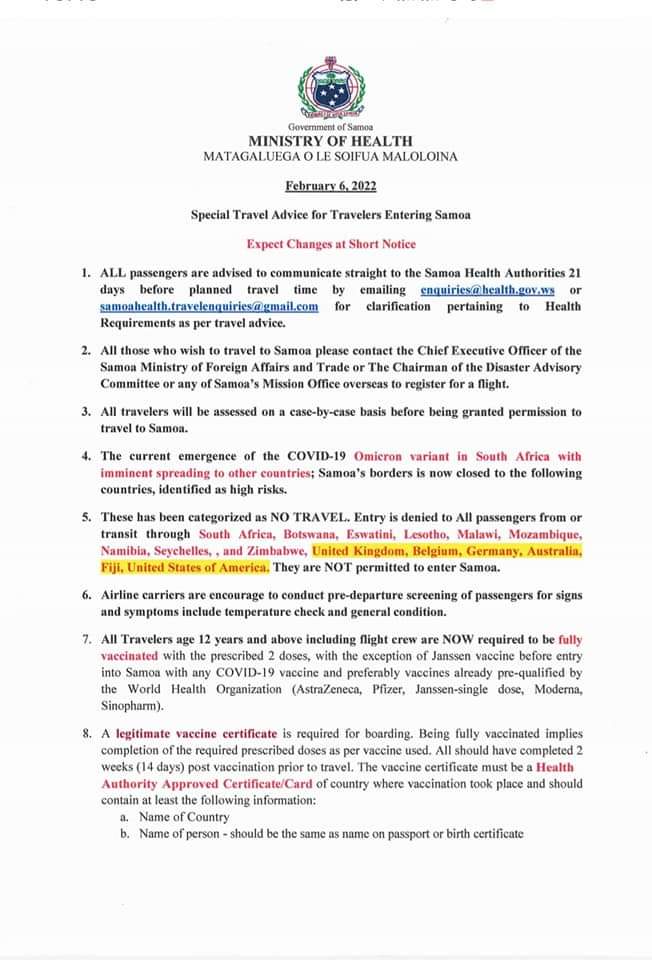 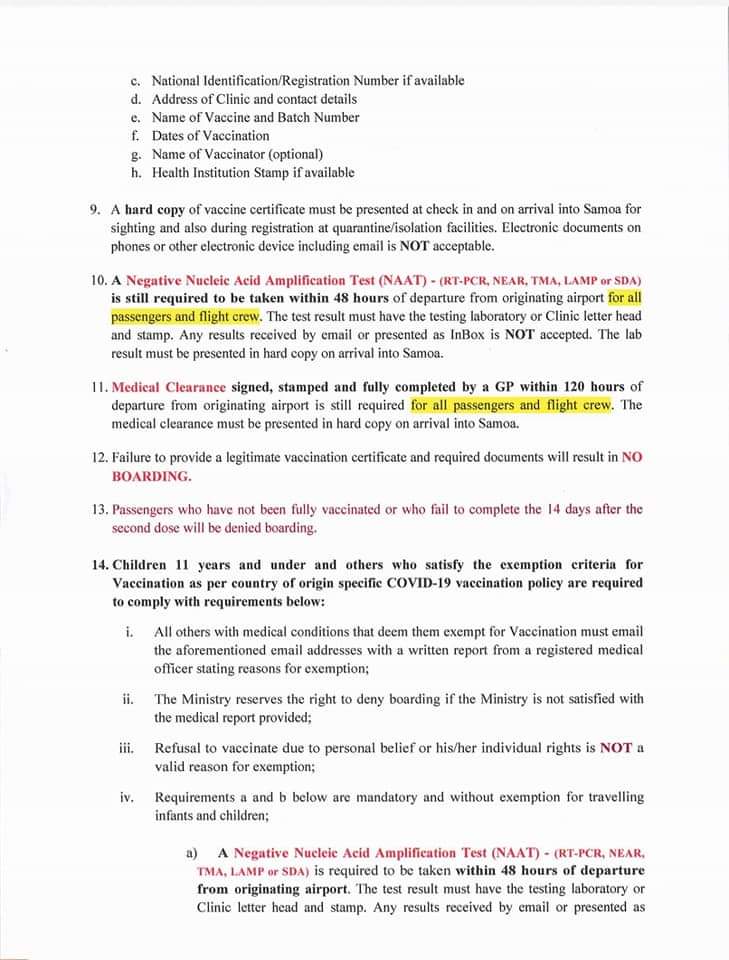 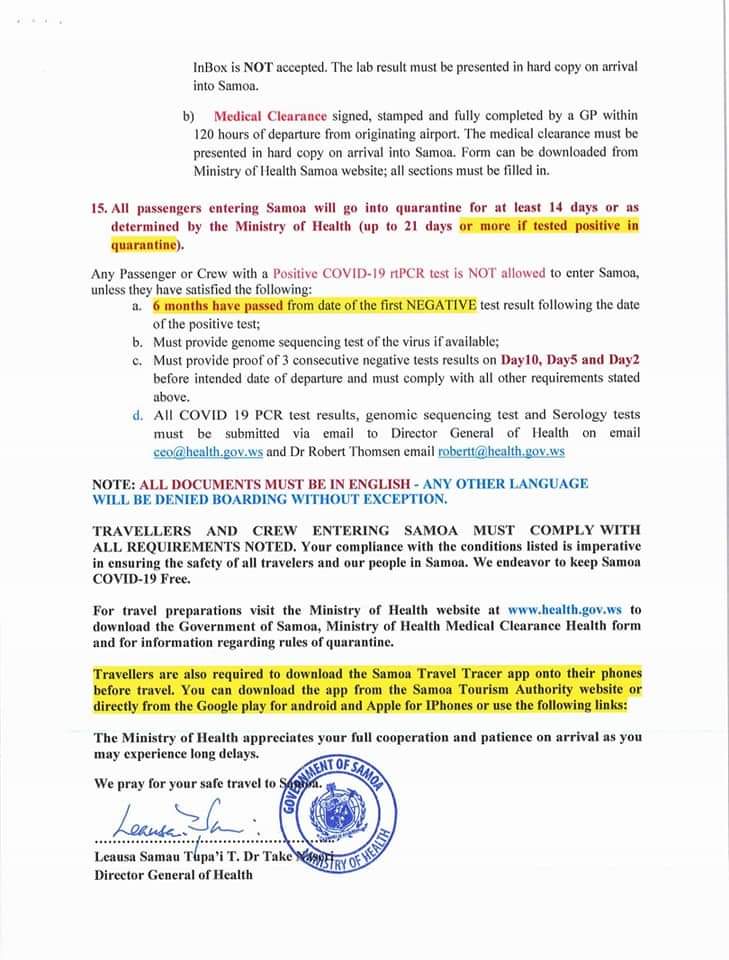 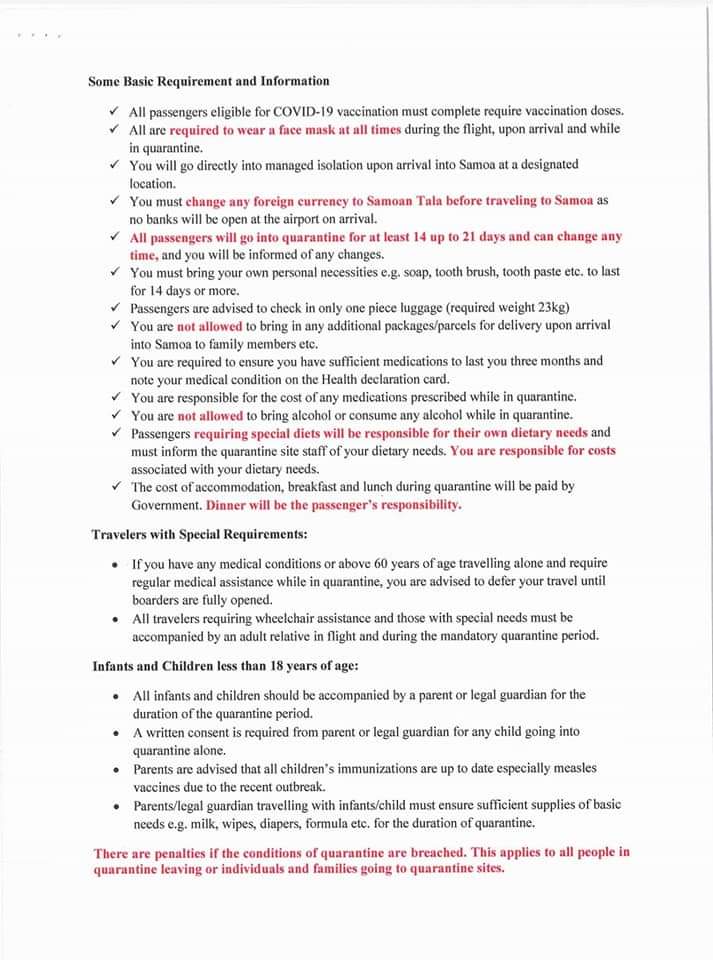