Samoa Independence Day is celebrated on June 1st each year, to avoid the double celebration during New Years.

The date to commemorate and celebrate independence was changed to avoid having the special celebration fall on New Year’s Day.

Samoa Independence Day is a significant public holiday in Samoa and this year the nation celebrates its 60th Independence Anniversary. The Samoan journey of independence began with the signing of the Western Samoa Act in 1961. This treaty of friendship was signed with New Zealand and the then-new Samoan government.

Samoa was originally under the rule of the German Empire from 1899 to 1915. It later came under the joint rule of the British and New Zealanders for 45 years.

New Zealand’s involvement in Samoa could be traced back to World War I in 1914. At that time, New Zealand’s expeditionary force landed at Apia after a request from the British Government. This move ended the rule of the German forces in Samoa and the beginning of a joint British and New Zealand colonial era.

Samoan Independence Day is also observed by the Samoan communities in the United States, Australia, New Zealand, and any other country around the globe that is home to the extensive Samoan diaspora. 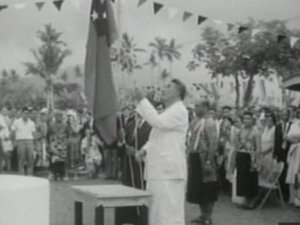