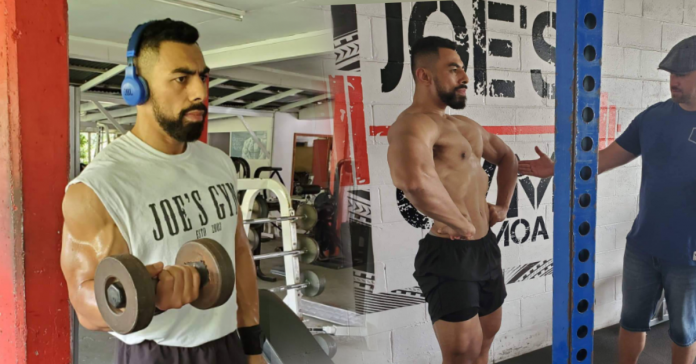 Mataia won the Men’s Physique category at the South Pacific Oceania Championship in Tahiti while Lemoa won the Open Men’s Bodybuilding Over 90kgs category and secured the title of “Overall Winner”.

Both athletes also earned IFBB Elite Pro-cards as a result of their exceptional performances in Papeete. This means they have the opportunity to turn professional and compete on the highly competitive and prestigious IFBB Elite Pro-circuit.

‘The Federation is very proud of the achievements of Mataia and Lemoa and their success and commitment have qualified them to represent our country at the highest level at the upcoming IFBB World Championship,” said Magele.

“We have to ensure they achieve optimum conditioning for the competition in Fujairah”.

Samoa has a proud bodybuilding history and the latest results is a positive step forward for the National Federation and its future development plans to grow the sport, encourage participation especially by women and youth, as well as build its profile and appeal to potential partners and sponsors.

Team Samoa will depart for Fujairah on the 5th of November 2019.

The BBFS is affiliated to the Samoa Association of Sports and National Olympic Committee (SASNOC) and the IFBB which is the international governing body of the sport of bodybuilding and fitness. The International Federation is a member of the Global Association of International Sports Federations which is recognised by the International Olympic Committee. BBFS’ objectives are to develop and promote the sport of bodybuilding and fitness in Samoa and to promote an interest in, and a dedication to better health and fitness through physical culture, proper nutrition and weight training.