Sat 21st November 2020. The Government Press Secretariat has issued a short statement at 5.22pm today, to say that consolidated swab tests results for the Samoan sailor who had tested positive on Wednesday this week; “would be released when we receive test results from samples sent to New Zealand”.

“The two tests should confirm without a doubt whether the seafarer who returned last Friday from Italy where he had worked is the first official COVID19 case recorded in Samoa”, he said.

The sailor and 25 of his colleagues returning from Europe were amongst 274 Samoan citizens who arrived Friday 13th November on the 15th repatriation flight.

The Ministry of Health confirms that, “all were tested before leaving the airport for their respective 14-day isolation locations”, and “all passed the initial tests”.

The sailor tested positive during a routine testing of all passengers, as protocols would have it, on the 4th day from arrival.

As the official press statement reads, “The sailor was the single test with a positive result”.

Another test conducted some twelve hours later, at 6am on Thursday 19th November 2020, returned negative.

The positive test, however ignited an All Systems Go alert, setting off a process of preset protocols by Samoa’s frontline Government Ministries and the National Emergency Operations Centre (NEOC).

“He was immediately isolated to the Special Ward at the National Hospital together with his roommate..”

The two sailors had been in shared quarantine accommodation since the flight arrived.

During the routine testing the affected sailor’s roommate tested negative, however health authorities isolated the pair together as a precautionary measure.

Dr Take Naseri also confirmed that the sailor  was fairing well and showed no symptoms whatsoever.

This is a developing story and an update would be released as more information comes through from Samoa Government Officials. 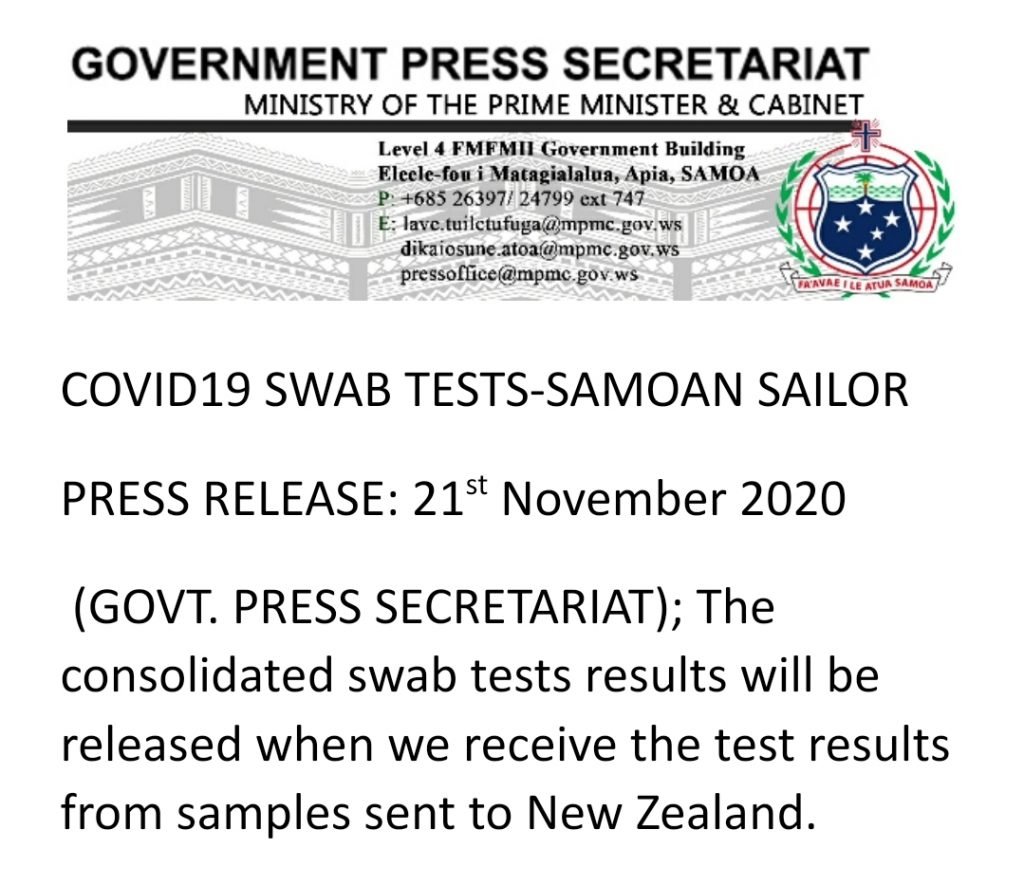