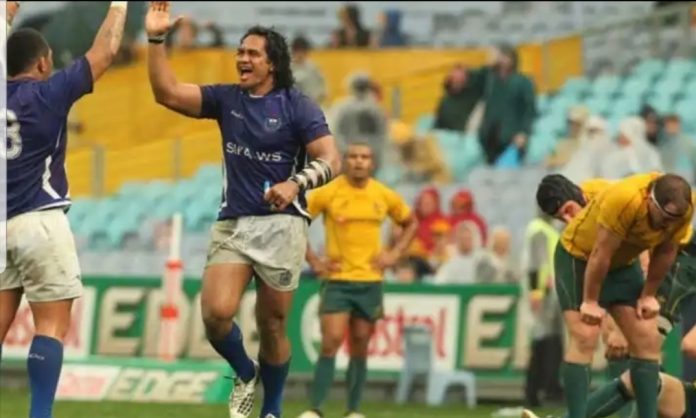 The Samoa Rugby Union confirms the Manu Samoa will take on the Wallabies in a farewell Test match at Bankwest Stadium in Paramatta – Sydney, Australia; prior to the team’s departure for the Rugby World Cup in Japan.

Rugby Australia in agreement with Samoa Rugby Union, has agreed to host Manu Samoa for the Test match as build up for both teams as a farewell test match in front of their families and supporters.

The fixture will be the first Rugby Test in the new stadium, which is a highly anticipated rematch of the infamous test between the two nations eight years ago, which shocked the Rugby world when Samoa defeated Australia at ANZ Stadium in Sydney, notching their first victory over the Wallabies.

Samoa Rugby Union CEO: Faleomavaega Vincent Fepuleai said: “On behalf of the SRU and the people of Samoa, we would like to thank Rugby Australia for this wonderful opportunity to participate in this Test Match. We are very excited about playing at the new Bankwest Stadium in Western Sydney and we encourage all of our Pacific Island families to come and support the Manu before we depart for our RWC campaign in Tokyo. I would also like to extend a warm gesture of gratitude to our principal partner the Grey Investment Group for their ongoing support.”

Rugby Australia CEO: Raelene Castle said: “The addition of a third home Test for the Wallabies will further build on the excitement ahead of Japan and provides a great opportunity for fans to farewell the team at the new world-class Bankwest Stadium.”