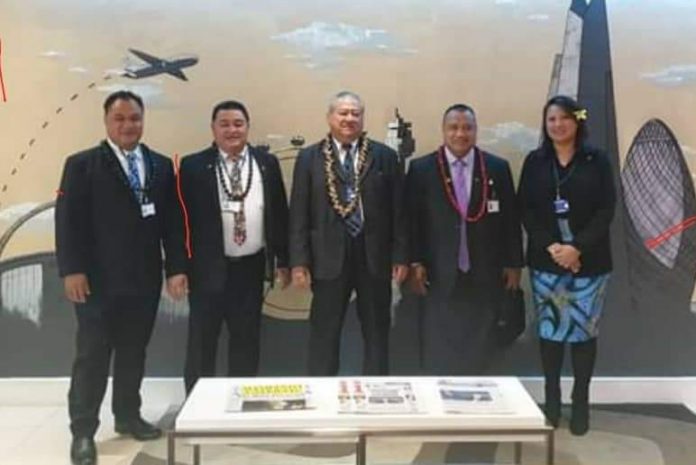 9th December 2019; Samoa Minister of Works, Transport and Infrastructure (MWTI) Papaliitele Unasa Niko Lee Hang had to return home from the United Kingdom earlier this week due to the pressing commitments and the emerging measles crisis.

Papalii and the 5 member delegation were in London to represent Samoa at 31st Session of the International Maritime Organization (IMO) Assembly from 25 November to 5 December 2019 held at the IMO Headquarters.

In London, the Samoa delegation who were able to attend the first week had the opportunity to hold a bilateral meeting with the IMO Secretary-General, H.E. Mr. Kitack Lim.

The discussions focused on the ongoing issues of illegal use of Samoa’s flag by foreign vessels known to use flags of convenience.

IMO has proposed measures, which Samoa supports, on the prevention and deterrence of illegal flagging of vessels.

Other topics covered in the bilateral meeting were assistance on the full implementation of IMO instruments and eligibility for IMO Awards for bravery at sea.

Other smaller meetings took place between Samoa’s officials and the IMO Member State Audit Team and the Technical Cooperation Program. Both meetings sought better collaboration on audit schemes and assistance on the review of all maritime-related legislation.

The Assembly is held every 2 years. The 32nd Session of the IMO Assembly will take place in 2021.