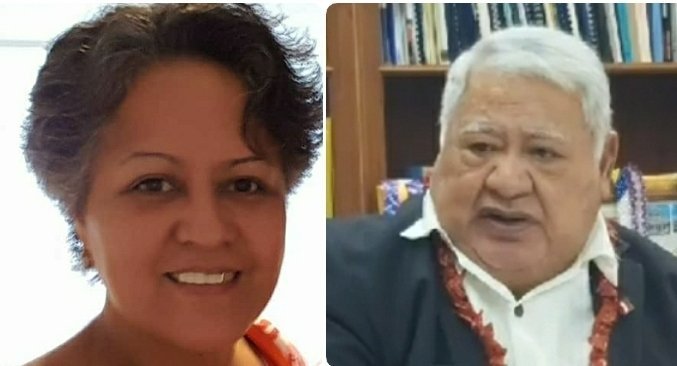 The Prime Minister confirmed that the founding partner of Annandale & Betham Law was recommended by the by the panel of interviewers, who selected Savalenoa amongst six high calibre candidates who had been shortlisted for the position.

“Cabinet endorsed the recommendation that was put forward by the esteemed panel of interviewers,” said Tuilaepa.

Contacted for a comment, Ms Savalenoa said she was pleased to have been appointed as the Attorney General of Samoa.

“I am extremely honoured and also feel very privileged. I look forward to returning to Public Service and serving in this important role. Viia le Alii”.

Savalenoa Mareva Betham-Annandale was a Principal State Solicitor/Senior State Solicitor with the office of the Attorney General from May 2007 – August 2009. She then served a 3-year contract as Assistant Chief Executive Officer for Legal & Police with the Ministry of Justice until August 2012.

Savalenoa then joined her husband Lauaki Jason Annandale in Public Practice where she has served for the past 8 years, as Partner. Samoa’s new Attorney General is a legislative drafter, legal consultant, litigator (civil & criminal), legal adviser, mediator, and mediation adviser.

Mareva Betham-Annandale takes over from Lemalu Hermann Retzlaff who served for four years, and resigned in March to take up a position in New Zealand.