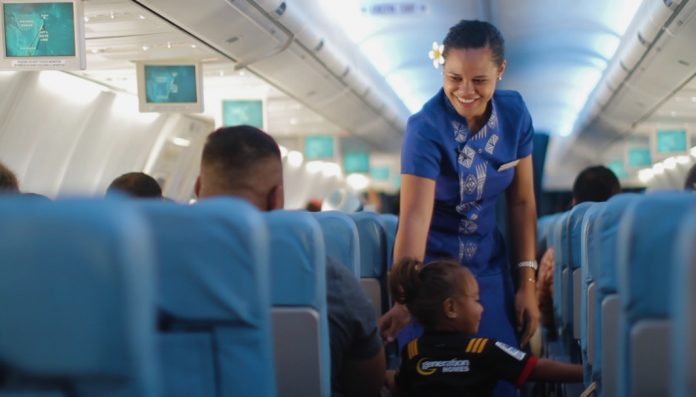 The CEO for Samoa Airways, Tupuivao Seiulu Alvin Tuala has responded to dispel mis-information circulating in the public claiming passengers travelling with Samoa Airways are being turned away at check-in, for failure to produce proof of measles immunisation.

The press release states that the Samoa Airways ground staff have reported multiple enquiries to management from concerned members of the public calling to clarify if there is a health related travel ban..

A statement by Samoa Airways says there is no such sanction.

“This notification is false and is not issued by Samoa Airways,” says Tupuivao, Seiuli. “I am not sure about the other airlines but this is not from Samoa Airways. We are very concerned about the measles outbreak but we are not stopping people from flying on our aircraft.”

Tupuivao Seiuli added “we urge all travellers to remain vigilant and seek medical assistance if they are displaying the early signs and symptoms of measles. The current epidemic should motivate the public to heed the message and advice of health officials by following through with their recommendations which are there to protect all of us.”

Tupuivao Seiuli assures that the airline is doing their part and the flight crew have been instructed with simple practical methods that will help to protect themselves and passengers and other crew from the spread of measles.

“I can confirm all members of our flight crew have been immunized against measles and that they will be taking extra appropriate control measures to help minimise the spread of the disease.” He said.

“Our staff remains vigilant especially during this time. They are well trained in first aid procedures and any instance where they suspect passenger/s may be suffering from measles – they will notify the appropriate health officials on arrival in Samoa, New Zealand and Australia.”